“A fascinating insight into a world you would normally only ever see from the inside, if it were happening to you.” 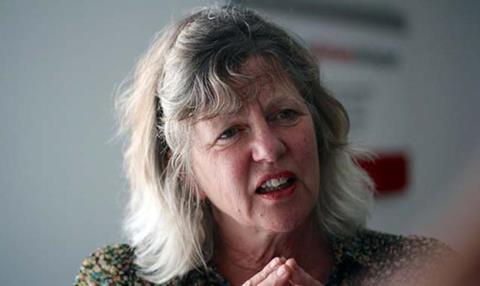 “Everyone deserves respect and thanks for letting the cameras in, because the result is a fascinating insight into a world you would normally only ever see from the inside, if it were happening to you – when you might not be in the best frame of mind to appreciate or learn from it.”
Sam Wollaston, The Guardian

“What we viewers were doing in these bleakly comical rooms, heavy with passive aggression as well as the other sort, I am not sure. The commentary did not justify the programme’s nosiness. I’ll have a go. As evidence of Nora Ephron’s remark that you should never marry someone you would not want to be divorced from, it should be compulsory viewing before wedding banns are ever issued.”
Andrew Billen, The Times

“Although it felt uncomfortably voyeuristic at times, Mr v Mrs was also utterly compelling not least because all of us know someone who has been through a bitter marriage break-up.”
Claudia Connell, Daily Mail

“If you didn’t see Mr vs Mrs you were lucky. It was the most depressing piece of television I’ve seen since MP George Galloway pretended to be a cat on Celebrity Big Brother a decade ago. Zoe Wanamaker’s voiceover was gently arch and the mood music was jaunty. But I thought the tone was misguided from the outset.”
Benji Wilson, The Telegraph

“It is commendable of BBC2 to bring this little-known profession to light, but I would be surprised if anyone could sit through another episode of these vindictive adults tearing each other to shreds.”
Daisy Wyatt, The i

“It wasn’t clear from the continuing bitterness or the catch-ups at the end, if airing their grievances with a third party (plus an audience of millions) had helped anyone. I guess if they save money it’s been a success. I wonder if the emotional costs were worth it.”
Matt Baylis, Daily Express

“Channel 4 has cunningly snuck through the overgrowth of broadcasting rules a fascinating addition to the sterile debates and news bulletins of pre-referendum TV. Although probably too nuanced and niche to have much sway on Thursday’s vote, The Border is great drama that continues Walter Presents’ impressive campaign to push back the borders of broadcasting culture.”
Mark Lawson, The Guardian

“The Border is a six-part Polish drama featuring grizzly, grey-haired men and beautiful younger brunette women. If you can get past the thought that this is probably what Polish viewers expect from their thrillers and the question of why we don’t make equal demands of ours — if, additionally, you are not too worried about the lack of complex characterisation — it is involving enough.”
Andrew Billen, The Times

“The Border is very intense and a little clichéd, but it makes a refreshing change from all the tedious EU debates.”
Claudia Connell, Daily Mail

The Secret Life of a Bus Garage, ITV

“Overall, this lovely observational documentary shows modern multicultural Britain working brilliantly. Yeah, Nigel (whose surname may or may not rhyme with ‘bus garage’). Put that on your poster.”
Sam Wollaston, The Guardian

“Britain’s Most Spectacular Backyard Builds is a splendid show. It’s the heir to a proud tradition of bonkers design that stretches back to the drawings of Heath Robinson and the earnest lunacy of The Great Egg Race.”
Matt Baylis, Daily Express