“I found it impossible to warm to the pair.” Read on for the verdict on last night’s TV. 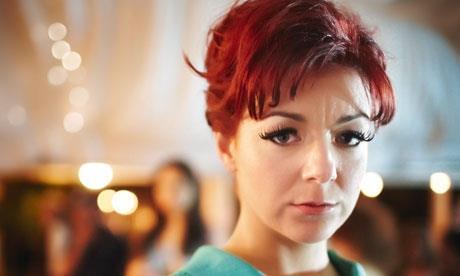 “Mrs Biggs centred on the love affair with the respectable girl Biggs seduced into a life of crime. Yet try and try as Sheridan Smith (Charmian Biggs, *ée Brent) and Daniel May (Biggsy) tried, I found it impossible to warm to the pair and find him the sort of “lovable rogue” intended.”
Sean O’Grady, The Independent

“I’ll come back to Mrs Biggs; I have a hunch the main event is yet to come.”
Sam Wollaston, The Guardian

“The pace of Jeff Pope’s script was as slow as the train on which Ronnie and Charmain met and the stakes, even allowing for inflation, seemed low.”
Andrew Billen, The Times

“It is a careful revival, but this series will last as long as the octogenarian Hagman’s dicey health holds out, and only one season beyond it.”
Andrew Billen, The Times

“It’s immensely enjoyable, a fabulous cauldron bubbling over with oil and sex, power and betrayal. Just as it was all those years ago. And there is a sense that, in spite of the new faces and the injection of some 21st-century pace, underneath everything, it’s still the same old same old.”
Sam Wollaston, The Guardian

“As the routine litany of WDYTYA? was poured forth – illegitimacy, workhouses, parochial boards, pauperism, consumption, big families – I was taken up short by the power of the Scottish Kirk in its 19th-century brutality.”
Sean O’Grady, The Independent