“I’m almost ashamed of how much this made me laugh.” 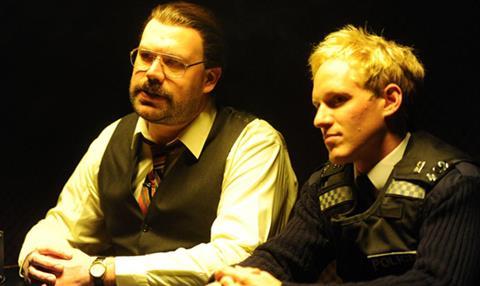 “The first few minutes looked like every identikit TV reality spin-off. What followed was a day of prolonged silliness and infantile pranks that would make Spike Milligan proud. I’m almost ashamed of how much this made me laugh.”
Christopher Stevens, Daily Mail

“It is a cross between Stella Street and that bit in Saturday Night Takeaway where a celebrity is ear-phoned up and made to say stupid things. It just happens to be really funny and another titanium nail in the coffin of the plans to transport BBC Three to iPlayerville.”
Andrew Billen, The Times

“There was lots of corpsing - and occasional descent into confused farce - but there was a lot of laughing from this reviewer.”
Sally Newell, The Independent

“A high-concept, unholy mess of semi-improvised comedy, hidden-camera prank show and noir pastiche, with rather too many puerile bum gags. Think Stella Street with a warrant card and a ooh-aren’t-I-postmodern smug look on its face.”
Michael Hogan, The Telegraph

“I was torn between feeling extremely pleased something so anarchic and daft had been commissioned by the BBC in the first place, and willing it to be just that little bit funnier, and less reliant on jokes about bumming. But eventually, it got me. It’s not particularly sophisticated, but it is surprisingly charming.”
Rebecca Nicholson, The Guardian

“Bugsplat! had elements of a good sitcom – clashing characters, strong performances, snappy script – but wasn’t the sum of its parts.”
Michael Hogan, The Telegraph

“Satire is hard and Bugsplat!, a one-off set in an RAF drone base, struggled. The problem may be that it is not in writer-director Guy Jenkin to go dark enough, but there is also a lack of inventiveness in the dialogue.”
Andrew Billen, The Times

“For a modern sitcom dealing with such current subjects, it feels strangely old-fashioned. There are touches of wit but the obvious problem is that the real situation is so tragic and absurd that it requires razor-sharp satire to slice it open. This doesn’t go far enough.”
Rebecca Nicholson, The Guardian

“There should have been opportunity for comedy. But, something was missing; it wasn’t dark enough or with memorable-enough characters. It was lacking in that specific chemistry.”
Sally Newell, The Independent