“It’s lovely – honest and painful, real and very funny.” Read on for the verdict on last night’s TV. 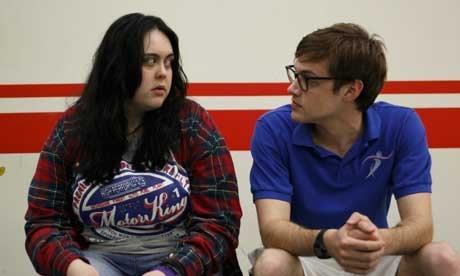 “It’s lovely – honest and painful, real and very funny. There’s something of Adrian Mole about MMFD, but it’s maturer (because Rae is 16, and because she’s a she). There’s something of The Inbetweeners about it too, but with lady hormones fuelling the language, the filth, and Rae herself. Sharon Rooney’s performance in the lead is natural, effortless and utterly believable; she should win something for it.”
Sam Wollaston, The Guardian

“The problem, with the first episode at least, lay not in its concept but the uninspired execution of it. The show, it seemed, tried to combine the hormonal angst of The Inbetweeners with the self-deprecation of Bridget Jones’s Diary, but with none of the anarchic humour of the former (though it did have the “cringe” factor), or the generation-defining insights of the latter.”
Arifa Akbar, The Independent

“Funny and different, My Mad Fat Diary was ballasted by sharp turns by Sharon Rooney as Rae and Ian Hart as her offbeat psychiatrist.”
Alex Hardy, The Times

“Dunham has nailed the notion of giving a monologue inn dialogue. Her New York is a grubby place, but she presents it straightforwardly, without self-pity or vanity. A mean trick to pull off.”
Alex Hardy, The Times

“There were several delightful nuggets in this hour, not least a ‘what if’ moment that led Prof Black to wonder if steam power would have been discovered as early as it was if Watt had been French. The answer was ‘non’.”
Arifa Akbar, The Independent

Storyville: The House I Live In, BBC4

“I had no problem believing that simply jailing people en masse was doing no good. Nor did I come away believing that sentencing people to 30-year prison terms for possessing tiny amounts of drugs was anything other than crazy. But I think you’d have to take a lot of drugs yourself to believe America is using its war on drugs as a way of persecuting its great unwashed. For me it was when Jarecki stopped tub-thumping and remembered to be a film-maker that the message really hit home.”
Matt Baylis, Daily Express