“There were plenty of Horowitz touches to make this fun. At least it’s not trying to be a Scandi-noir knock-of.” 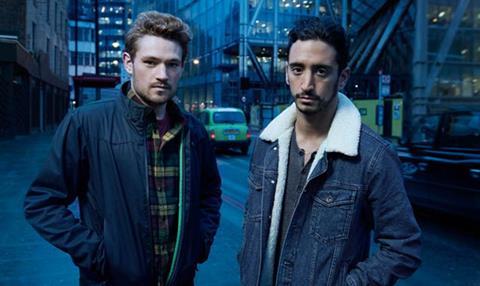 “There were plenty of Horowitz touches to make this fun. As it picks up pace, this seven-part series could become absorbing. At least it’s not trying to be a Scandi-noir knock-off, like Anna Friel in Marcella last month, so that’s a blessing.”
Christopher Stevens, Daily Mail

Exciting? Well, it might have been, had it not been stitched together with superficiality and cliché. Certainly, it should have been a lot better, given that it was created by Anthony Horowitz. New Blood seems doomed to go the same way as the BBC’s utter flop of 2015, The Interceptor.”
Gerard O’Donovan, The Telegraph

“Like its two heroes, New Blood is attractive and smart and pacy, and tries a bit too hard. To be cool, and to be for the millennial generation.”
Sam Wollaston, The Guardian

“Would that this conspiracy thriller were as intriguing as its protagonists. Unfortunately, it is cartoonish, and not in a good way like Channel 4’s Utopia. As a baby boomer, Horowitz owed this generation something less meretricious.”
Andrew Billen, The Times

“It’s not the most original set-up but the writing dazzles us along. The details are a very important way of making an outlandish, paranoid story seem entirely, entrancingly real.”
Matt Baylis, Daily Express

“It’s Blue Peter for grown-ups. Or The Sewing Bee without the drama of competition. Without much drama at all – unless you count a bit of difficulty threading a needle, or a prick from a paper knife as drama. I’m not 100% convinced that it makes great television.”
Sam Wollaston, The Guardian

“I’m wary of shouty titles but Make! Craft Britain was an hour of mostly quiet pleasure devoted to the joys of handicrafts. The critic’s verdict? Get your scissors out.”
Matt Baylis, Daily Express

“This has to be the worst panel game ever screened — a dreadful idea made even worse by useless comedians and celebrity guests so obscure, their own mothers wouldn’t know who they are. It beggars belief that ITV2 didn’t just broadcast this swill — they thought about it first.”
Christopher Stevens, Daily Mail