“This new cast of Skins graduates and ex-models didn’t quite live up to the Devil’s Whore originals.” 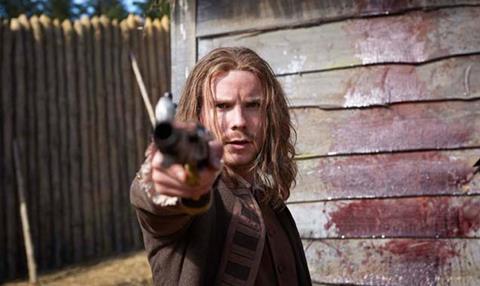 “According to writers Martine Brant and Peter Flannery, the period’s key theme is youthful idealism. Despite their derring-do, this new cast of Skins graduates and ex-models didn’t quite live up to the Devil’s Whore originals. Idealists might be inspiring in the pages of history books, but they don’t make for captivating TV characters.”
Ellen E Jones, The Independent

“The writing needs to be so much better. The dialogue is too often laughably expository. But though the first episode was confusing and disappointing, I’ll be sticking with it. Apart from anything else, it’s unexpectedly topical history.”
Stuart Jeffries, The Guardian

“Last night’s opening episode struggled to engage much interest in a torrid tale of idealism on both sides of the Atlantic. There was nothing much any of these actors could do with a script and direction that clunked along lamely and rarely got into any kind of flow.”
Gerard O’Donovan, The Telegraph

“It struggles slightly to get the issues and the back-story across without sounding like an A-level essay and, as with a lot of modern TV shows, you’d be advised to go on the web later if you want to be sure what anyone’s name is. For sheer ambition and depth, though, New Worlds genuinely stands out.”
Matt Baylis, Daily Express

“The writers of New Worlds must be scoffing chocolate-coated cheeseballs with buckets of vindaloo at bedtime. Nothing else can explain their hallucinations of history served up like fever visions.”
Christopher Stevens, Daily Mail

“It is atmospheric but when the prophet Goffe, with a beard as long and white as Moses’s, threw himself of Mt Sinai — I mean, a cliff — I realised the argument for the divine right of kings was unlikely to get any sensible hearing at all.”
Andrew Billen, The Times

“Professor Frith, who specialises in autism research, is likeable, measured and experienced. Unlike many hysterical campaigners, she doesn’t have a tub to thump. She just wants to understand the condition and she explains it better than anyone.”
Christopher Stevens, Daily Mail

“It was simply the clearest programme I have ever seen on the subject.”
Andrew Billen, The Times

“The word may only have been coined 50 years ago, but, as our warm, engaging host demonstrated, a better understanding isn’t only useful to autistic people and their families, it deepens our understanding of humanity.”
Ellen E Jones, The Independent

“Killer Magic has a perfect format which ends with the loser forced to perform an illusion that has literally killed in the past. Let’s hope the show makes it to a series before Lord Hall, for his next trick, makes BBC Three disappear.”
Andrew Billen, The Times