“As the hour went on, I felt increasingly outraged.” 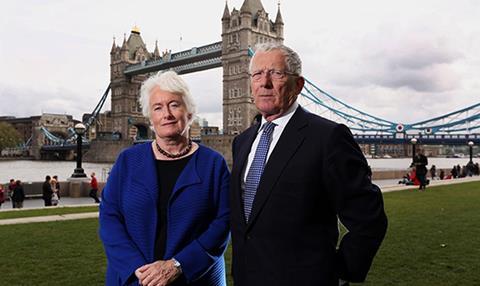 Nick and Margaret: Too Many Immigrants?, BBC1

“This entire series of programming has the air of a pub bore, banging on about common sense and telling it like it is, only to have their views evaporate into silence when asked to properly explain what they are trying to say, and back it up with, you know, facts and evidence. As the hour went on, I felt increasingly outraged.”
Rebecca Nicholson, The Guardian

“The programme didn’t present us with much statistical evidence; it was just one person’s set of anecdotal experiences versus another’s.”
Ellen E Jones, The Independent

“This was a lavishly un-scientific take on the immigration debate, highly watchable in its own way. But it suffered from a fatal flaw. The Britishers who featured in the first episode were all fairly low on the socioeconomic ladder.”
Jake Wallis Simons, The Telegraph

“Margaret Mountford and Nick Hewer are the Beeb’s ideal double act. Like Presbyterian grandparents teaching the family tearaway some manners, they sat over their interviewees, steaming with silent disapproval. Their subjects didn’t deserve this. These weren’t racists, just people getting a rough deal.”
Christopher Stevens, Daily Mail

“Of course, it wasn’t really immigrants on trial. The programme set up to place immigration in the best possible light: the migrants they followed were legal, tax paying, industrious. They spoke good English and work for low but legal wages. In the dock rather were some deeply unfashionable Brits.”
Andrew Billen, The Times

“Lack of rigour notwithstanding, it’s a healthy sign that our national broadcaster can devote time to such a question and that questions about immigration can be raised by people without them simply looking like swivel-eyed racists.”
Matt Baylis, Daily Express

“Making the young actors have long, stilted conversations about the pros and cons of immigration was ultimately dull and a little patronising. The Glasgow girls’ story is a truly remarkable one, but it deserves more than to be turned into a series of earnestly delivered homilies.”
Huw Fullerton, The Telegraph

“The musical drama dared to tackle the difficult questions of immigration, and did so with zest. Being a BBC production, there had to be some condescension. The producers had decided that angry politics and great acting would not appeal to a young audience unless some pop music was shoe-horned in.”
Christopher Stevens, Daily Mail

“We watched, and made up our own minds about each story. There were no smug presenters, drumming fingers while they waited to hear the politically correct responses. The BBC might try this approach some time.”
Christopher Stevens, Daily Mail