TV Critics: No Offence; Inside the Factory; Penny Dreadful

“No Offence is everything Shameless fans could have hoped for and more.” 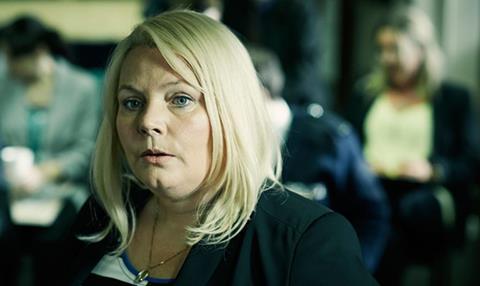 “No Offence is everything Shameless fans could have hoped for and more. Abbott’s special talent is to write characters who are larger than life and yet somehow completely true to life at the same time. Together they’ve made an hour of riotously enjoyable television.”
Ellen E Jones, The Independent

“No Offence is bold and rude but not crude. Dark certainly, but also vibrant, warm, rich and real. Hilarious and fabulous, then; count me very much in.”
Sam Wollaston, The Guardian

“After a lazy start, Paul Abott’s new drama blossomed into something glorious: a police procedural, with cases, mysteries, personalities and a great deal of warmth and humour en route.”
Matt Baylis, Daily Express

“Abbott creates TV that looks like a Bruegel painting, bursting with a kind of ugly yet eviscerating cheek-by-jowl intensity that can at first feel overwhelming. His style has been copied so often that its shock value has diminished over time. But overall, No Offence is pacy and provocative, while still emotionally deep enough to make you care.”
Bernadette McNulty, The Telegraph

“With a twist on the serial killer plot and lines such as ‘he couldn’t find a clit with a ladyfuzz search engine’, it is breezily confident, perhaps over-confident, and fresh.”
Andrew Billen, The Times

“The pilot episode didn’t know whether it wanted to be a serial killer thriller, a foul-mouthed farce, a sleuthing procedural or a soap opera. Viewers simply didn’t know what they were supposed to be watching. Were we meant to be perched on the edge of our seats, or rolling about on them in laughter?”
Christopher Stevens, Daily Mail

Inside the Factory: How Our Favourite Foods are Made, BBC2

“The main event is Gregg Wallace on a factory visit. I know! Who thought that was a good idea for television? I don’t care if it’s the biggest bakery in Britain, or how many million muffins they make, it’s still a bloody factory visit with Gregg bloody Wallace.”
Sam Wollaston, The Guardian

“Cherry was banking on the hope that if she sounded sufficiently staggered, we would be appropriately amazed. Gregg was shouting non-stop like a man doing a bad Michael Caine impression, and tottering with laughter at information that wasn’t even slightly funny. Incredible! Unbelievable! Utterly inane!”
Christopher Stevens, Daily Mail

“The disparate plots and characters didn’t entirely hang together, and the production design sometimes tipped over from luscious gothic to looking more like the darkened bedroom of a Buffy-obsessed teenager. But more than the performances and the plots, Penny Dreadful is about mood, and to that end the episode was delicious.”
Charlotte Runcie, The Telegraph

“The season debut was too much at leisure between its set pieces, but, as ever, its detail delighted.”
Andrew Billen, The Times