“A programme which sat somewhere between a Seventies sitcom and an episode of The Apprentice.” 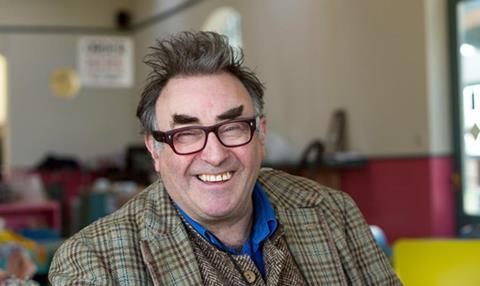 “’Eccentric gentleman farmer Desmond MacCarthy’, as he’s billed by the BBC, is unremarkable but for his upper-class accent. In the manner of many others, Desmond tries to pay the bills and store a few nuts away for the winter but in my book that makes him not so much normal for Norfolk as normal in terms of 10,000 years of global human economic activity.”
Matt Baylis, Daily Express

“It’s one of those laugh-at-the-crumbling-toffs shows, more acceptable than the laugh-at-the-riff-raff ones, of course. And this isn’t cruel, more like chuckle gently at the toffs. That’s pretty much the purpose of the English aristocracy today, to amuse and entertain the rest of us.”
Sam Wollaston, The Guardian

“These series rely on lost tempers, mad ambitions and comical disasters. MacCarthy was genial throughout, got his barn restaurant up to such a pitch it won a rave review in The Oldie and his new holiday cottage was finished in time. Where was the comedy? Where was his wife? And where was the schadenfreude?”
Andrew Billen, The Times

“Sizzling dialogue is something Normal For Norfolk distinctly lacks. Desmond rarely finishes a sentence: his words drift off, as he realises he’s started to voice a sentiment better left unsaid. Quite the dissolute aristo. Good to know they’re still around.”
Christopher Stevens, Daily Mail

“Things not going according to plan was essentially the premise of a programme which sat somewhere between a Seventies sitcom and an episode of The Apprentice. MacCarthy’s valiant mission to keep Wiveton going won’t keep most of us awake at night, but last night’s episode was dotted with amusing moments that made for a gentle half-an-hour of entertainment.”
Isabel Mahon, The Telegraph

“Jones and Sharp are a peerless double act, so comfortable with each other and yet so warily competitive that you could almost believe they were sisters. First-rate writing demands acting of an equal calibre, and these two are a match for it. This promises to be the show’s best season yet.”
Christopher Stevens, Daily Mail

“Cop dramas are plentiful, but Scott & Bailey reigns supreme, largely thanks to Jones’s meaty performance, the believable relationships between the female characters and some soapy but highly effective sub-plots. With this series running to a mere three episodes, fans will be begging for more.”
Isabel Mahon, The Telegraph

“Comforting – inasmuch as serial killing can be comforting – rather than challenging TV, the problem with series five is that it comes during a glut of bolder, better home-grown police dramas. Happy Valley, Line of Duty, even Marcella. Beside which it looks mediocre and old-school. Cagney & Lacey with mobile phones and the internet.”
Sam Wollaston, The Guardian

“Quite apart from the unpleasant feeling that Channel 4 was acting as an unofficial thought police, the problem with this snapshot was that there were no past surveys with which to compare attitudes and which way they were moving. While I am entirely with Trevor Phillips on breaking down segregation in state education (particularly religious segregation) the programme did not persuade me that saying goodbye to good old British live-and-let-live was a price we need to pay.”
Andrew Billen, The Times