“It was slickly produced, strongly performed and smartly scripted, yet lacked jeopardy or warmth and failed to fully take flight.” 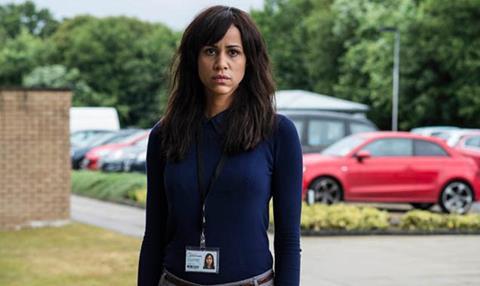 Not Safe For Work, Channel 4

“Zawe Ashton’s Katherine is believable and thoroughly watchable. But it’s the awkwardness that prevails and I’m not sure it’s entirely intentional. Worth persevering with, but I’m yet to be convinced.”
Sam Wollaston, The Guardian

“This wasn’t the summery viewing we’d expect TV to be laying on in July, and Not Safe For Work’s script did sometimes feel not just glum, but underpowered. Fortunately, Ashton and Sacha Dhawan are both talented enough to persuade us to stick around.”
Ellen E Jones, The Independent

“Sadly, Not Safe for Work was less than the sum of its shiny parts. It was slickly produced, strongly performed and smartly scripted by rising playwright DC Moore, yet lacked jeopardy or warmth and failed to fully take flight. For now, let’s file under ‘promising’ and hope it passes its probationary period.”
Michael Hogan, The Telegraph

“Child Genius is one of the most shameful and heartless bits of TV ever devised. It is like watching juveniles being stoned in an amphitheatre.”
Christopher Stevens, Daily Mail

“If there’s something a teeny bit wrong about being amused by intelligent kids, then it’s certainly better than being entertained by stupid ones, or fat ones, or poor ones. Plus Child Genius is nicely non-judgmental and sympathetic.”
Sam Wollaston, The Guardian

“Cruickshank did a thorough job. Perhaps BBC4’s arts and culture output can sometimes seem rarefied, but this was proof of how urgent these subjects truly are.”
Ellen E Jones, The Independent