“With great tunes and unbelievable trousers, this is a marvellous three-part series.” 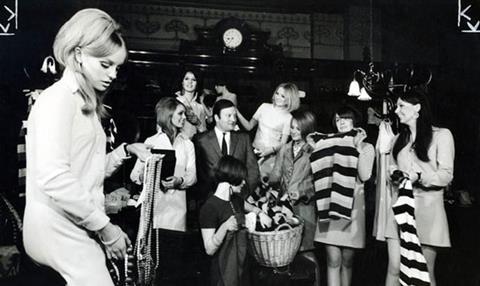 “With great tunes, unbelievable trousers and contributions from people who claim to remember every detail of the era this is a marvellous three-part series.”
Matt Baylis, Daily Express

“The show was a delight. One lovely sequence, shot on faded cine film, showed a Summer of Love wedding. The romantic moments of confetti and cake, as well as the glimpses of Victorian grandparents, were as fascinating as the fashions.”
Christopher Stevens, Daily Mail

“The first part of OYPTs was fun enough for what is an interesting cultural intersection. But even as a lay observer of fashion, I felt like I’d heard many of these stories before.”
Will Dean, The Independent

“The programme made the unspoken case that the Sixties were not only the start but the zenith of pop fashion. We looked great in the old footage, and the extent to which Carnaby Street shoppers still look groovy largely depends on how closely they follow the choices of those Biba-buying, mod-jacketed pioneers of pre-psychedelia.”
Andrew Billen, The Times

“Martin Sixsmith’s admirably restrained and unsensationalist film continued wisely without attempting to resolve any of the ineffable mysteries suffusing it – faith, conscience, our capacity for endurance, grief, evil and forgiveness – into words.”
Lucy Mangan, The Guardian

“The Church didn’t come out of this programme well, with self-appointed representatives of God deeming women unfit to raise their own infants then covering it up when people came knocking to ask questions. We were left with hope, however, that the Galway tragedy might finally force the Irish authorities to confront this scandal.”
Michael Hogan, The Telegraph

“Sixsmith was far from powerless. If he had tried to do more to help, this documentary would not have seemed such an intrusion. Instead, the former Labour spin doctor appeared to let his own ego drag the story down.”
Christopher Stevens, Daily Mail

“If you wanted This World to deliver the redemptive punch of Philomena, you were to be disappointed. If, however, you needed a refresher on the damage caused by the connivance of Irish state and Roman Catholic church in robbing unmarried women of about 60,000 babies, here it was.”
Andrew Billen, The Times

“At times the horror in The Strain felt uncomfortably close to home. Luckily the show had a streak of tongue-in-cheek humour running through it which stopped things getting too dark. Del Toro claimed he wanted to make vampires frightening again. Judging by the first two episodes, he’s succeeded.”
Rebecca Hawkes, The Telegraph