“Grown-up television at a time of year when grown-up things tend to be in short supply.” 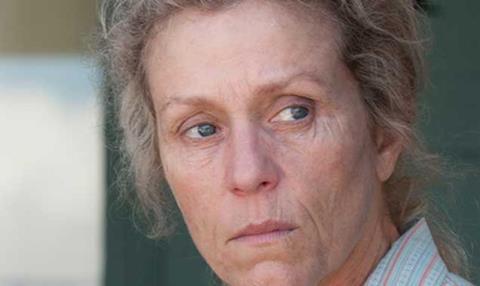 “[Frances] McDormand is the mother of the show: it was her vision to get the adaptation made. Her efforts have resulted in a monument to melancholia. The script bursts with loaded lines and complex character studies – not least of Olive, with her fascinatingly line to her pupils, “Don’t be scared of your hunger.” That as she’s deeply burying her own hunger for her colleague O’Casey (Peter Mullan).”
Alex Hardy, The Times

“Based on the Pulitzer Prize-winning novel by Elizabeth Strout, [Olive Kitteridge] is a beautiful tapestry of autumnal tones, Seventies interiors and human understanding. It’s certainly the most miserable show on television in a long time and, for those that like that sort of thing, worth the Sky Atlantic subscription fee alone.”
Ellen E Jones, The Independent

“It was an acting masterclass from McDormand and Richard Jenkins as her kind, crinkly-eyed husband Henry. He was the village pharmacist, hence the Kitteridges’ knowledge of which locals were taking which pills for what. Soulful, witty and wise, it found poetry in prosaic places. Bill Murray arrives in episode three, so it’s only going to get more joyful and twinkly. Grown-up television at a time of year when grown-up things tend to be in short supply.”
Michael Hogan, The Telegraph

I know, it must be hard for the continuing drama team to come up with several yuletide episodes a year. This, though, was a comical mishmash of the utterly odd and the utterly predictable. Not so much ho, ho, ho as no, no, no.”
Alex Hardy, The Times

“It has combines the traditional spaceships-and-distant-galaxies stuff with the furthest-flung elements of the tradition, not looking so much at science fiction, as digging out the big themes in it and following them wherever they lead. The history of the future made a fine present.”
Matt Baylis, The Daily Express