TV Critics: One of Us; Inside the Factory; Rookies

“Gripping stuff that had me hooked from the very start” 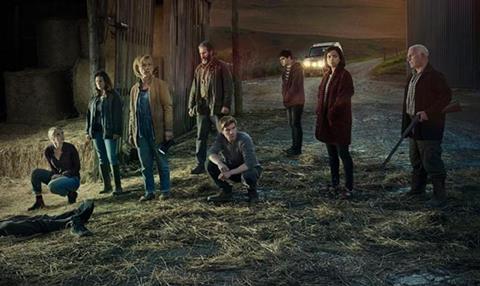 “There’s more than a hint of Agatha Christie’s The Mousetrap about it: a remote house cut off by filthy weather, the overturned car, the impending arrival of the police. But the characters are so well drawn, and the actors so top-notch, that we’re snared from the start.”
Christopher Stevens, Daily Mail

“Where The Missing was rooted in gut-wrenching reality, nothing in One of Us felt remotely plausible. The plot required you not so much to suspend your disbelief as to hang it from the belfry of Lincoln Cathedral. When an actor of the calibre of Juliet Stevenson is failing to convince or compel it’s surely a write-off.”
Joe Clay, The Times

“Coincidences aside, this was a terrifically suspenseful kick-off to a four-part series, very reminiscent of those Agatha Christie ‘and then there were none’ set-ups. Gripping stuff that had me hooked from the very start.”
Virginia Blackburn, Daily Express

“There really was a lot of hyperventilating and ‘what are you saying’ to encourage characters to spell out things that even the dimmest viewer had understood quite some time ago. The fog of mystery never quite thickened to the necessary proportions, but there’s every chance it will gather more thickly next week and swirl us nicely into autumn.”
Lucy Mangan, The Guardian

“All too often the mechanics of One of Us were visible, like ribs through skin. But that’s fine for now, because knowing we’re being manipulated can sometimes make us want to watch more.”
Gerard O’Donovan, The Telegraph

“The latest episode of Inside the Factory found the famously sweet-toothed MasterChef judge with a grin so wide he was in need of a bigger head. In previous weeks he has done a good job of feigning enthusiasm for breakfast cereals, baked beans and folding bikes, but this was the real thing. It was infectious.”
Joe Clay, The Times

“There were moving moments when parents talked about how proud they were of their young heroes. But the editors couldn’t resist the Keystone Kops angle, with trainees using water-pistols during taser training, and posing with drunken girls for selfies outside nightclubs on a Friday night.”
Christopher Stevens, Daily Mail