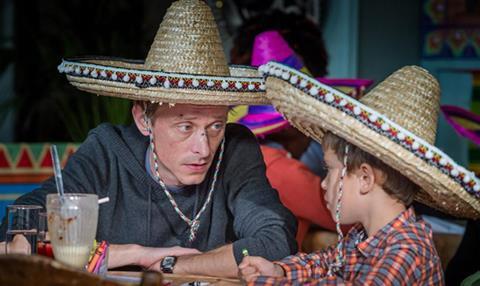 “From his secret child to battling a gambling addiction, we knew his story was going to be good - and we weren’t wrong. With only one episode left, I, for one, will be having withdrawal symptoms once this northern drama ends.”
Neela Debnath, The Independent

“The previous four parts of this drama serial would have been better titled Ludicrous Lies, or Incredible Fabrications. The show seemed past salvaging, until Mackenzie Crook took his turn and made it all shockingly believable. Partly that’s because his story was about debt and infidelity, the stuff of everyday tragedy. But mostly it’s because Crook was superb.”
Christopher Stevens, Daily Mail

“Mackenzie Crook has already escaped the long shadow of Gareth Keenan from The Office, thanks to the critical success of BBC Four’s sitcom Detectorists, which he wrote, directed and also starred in. This role shows he’s feeling confident enough to revisit some aspects of his most famous character.”
Ellen E Jones, The Independent

“At this film’s heart is a picture of harmonious integration and successful British multiculturalism. I don’t generally like weddings much. But I’ll make an exception for such glorious miscegenation, and shed a little tear.”
Sam Wollaston, The Guardian

“If you love a good wedding, then a good wedding reality show is the next best thing to a seat at the top table. It’s only a shame we didn’t get to taste those samosas, too.”
Ellen E Jones, The Independent

“This colourful lesson in the benefits of immigration and cheek-turning tolerance, did not, however, excuse a documentary which, failing to find any catering disasters or genuine bridezillas at which to laugh, was, really, one fat plug for Somaiya’s doubtlessly well-named company, Payal UK.”
Andrew Billen, The Times

Britain’s Favourite Foods – Are They Good for You?, BBC2

“Alice Roberts wanders the supermarket aisles, and does a bit of science. The real joy in the programme, though, comes from the graphics department, filling well-known landmarks with food in order to demonstrate what a lot of it looks like.”
Sam Wollaston, The Guardian

“I was so sure I knew the answer, I almost didn’t watch. Alice Roberts, however, had a surprise in store. Instead of telling us how our love of Monster Munch is dooming us all to an early grave, she told us the surprising good news.”
Matt Baylis, Daily Express

“Stacey seems so harmless, so they let her watch as they counted their wads of drug money and gobbled white powder. It’s the same technique Louis Theroux uses so well, wielding innocence like a weapon. Stacey can ask any question and make it sound ordinary. That’s a talent.”
Christopher Stevens, Daily Mail