“This four-part series began well, but made the elementary mistake of trying to cram in too much.” 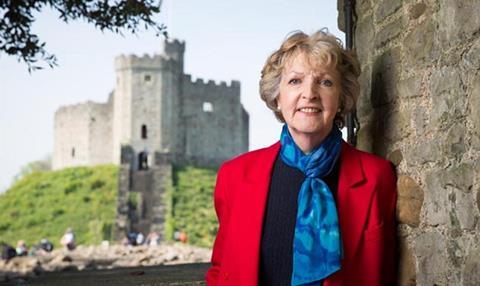 “This four-part series began well, but made the elementary mistake of trying to cram in too much. What should have been engrossing became frothy and trivial.”
Christopher Stevens, Daily Mail

“Inevitably, watching the To The Manor Born star visiting a succession of British royal palaces has an air of a genteel coach trip. If Ms Keith were to turn to the screen at any point and show us the lovely tea towel she has just bought in the gift shop, we wouldn’t be surprised.”
Matt Baylis, Daily Express

“It’s not just about the castle, the state rooms, St George’s chapel etc; it’s about some of the behind-the-scenes stuff, the curious customs and appointments you get with a monarchy. Dame Penelope is more interested in all that than I am, but the barge is very gold and shiny. I wonder if the Queen rents it out.”
Sam Wollaston, The Guardian

“There were lots of scenes of Branagh sitting in dark, soberly decorated rooms and standing, staring at bleak landscapes. And it was fabulous. It wasn’t a happy ending but it was the best this haunted, humane man could hope for, and a poignant farewell to the character’s admirers across the world.”
Ed Potton, The Times

“Bleak as all this was, the episode still managed to strike a note that while not exactly hopeful was at least humane and affecting. Branagh was stupendous, and brought a real thump of emotion at close.”
Gerard O’Donovan, The Telegraph

“This was ‘Acting’ with all the dials turned to up to maximum-plus-ten. You might have thought you were watching Wallander, but Sir Ken was staking his claim to play King Lear. Thankfully, Benjamin Caron’s directing was a good deal more subtle than Sir Ken’s performance.”
Christopher Stevens, Daily Mail

You Saw Them Here First, ITV

“The point of most clips in this show of course is to reveal all the cringe-making things the stars had to do in order to become famous. Yet it doesn’t work for everyone. A trawl through the vaults of actress Judy Parfitt merely uncovered a glittering career of top-class telly from The Avengers to The Jewel In The Crown.”
Matt Baylis, Daily Express

Escape to the Chateau, Channel 4

“This kind of programme requires not just work to be done, but major setbacks, deadlines, rapidly dwindling finances, a story. All of which it has. Tick, tick, tick. I’m inspired to Google ‘chateaus for sale’.”
Sam Wollaston, The Guardian