TV Critics: Plus Sized Wars; Back In Time For Dinner; Ballot Monkeys

“An uplifting and educational programme that managed to address a (literally) big issue without being voyeuristic or patronising.” 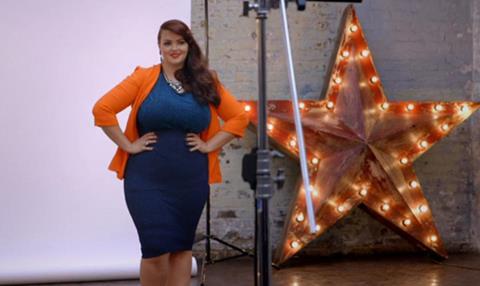 “Footage of overweight young women — many of whom had been horribly bullied about their appearance — queueing at a UK shopping centre for the chance to meet their idol Tess was genuinely moving. It was an altogether uplifting and educational programme that managed to address a (literally) big issue without being voyeuristic or patronising.”
Claudia Connell, Daily Mail

“Tess Holliday is an idol to women all over the world and her look was so undeniably gorgeous – because of her size, not despite it – that she effortlessly exposed just how embarrassingly behind the times mainstream fashion is.”
Ellen E Jones, The Independent

“There was something rather satisfying about Milk Model Management rejecting the British blogger Georgina Horne for being too ‘short’ to meet its exacting criteria, although she had recently lost 2st, then taking on the American blogger Tess Holliday (aka Munster) who is much bigger and much more feted as a (role)model. Once you could neither be too thin nor too rich. Make that now: too fat or have too many Instagram followers.”
Andrew Billen, The Times

“In this slightly confused hour, the autonomy of the young bloggers at least emerges as a positive. They use their powers for good, even if those who would exploit that are quickly hoving into view.”
Julia Raeside, The Guardian

Back In Time For Dinner, BBC2

“It was a brilliant combination of nostalgia for the brown and orange decades of so many of our childhoods and bang-on casting. Whoever found this telegenic, likeable and articulate clan did half the work before shooting even began.”
Julia Raeside, The Guardian

“BBC2’s enjoyable time-travel tour of the nation’s pantry has shown how the general trend in eating has moved away from government-mandated health and towards consumer-led convenience.”
Ellen E Jones, The Independent

“Presented by the ever-entertaining Giles Coren, there was a serious side to this whole venture. We saw as the decades rolled by and the hemlines went up and down, how there had been an essential trade-off. We’d sacrificed nutrition for time and, perhaps, some bigger social values too.”
Matt Baylis, Daily Express

“Expectations for Channel 4’s token political satire Ballot Monkeys were high. At the very least, it was bound to better than Newzoids. And better it was. It felt all too believable – and all the funnier for it.”
Isabel Mohan, The Telegraph