“It could have been horribly mawkish, instead it was devastatingly good.” 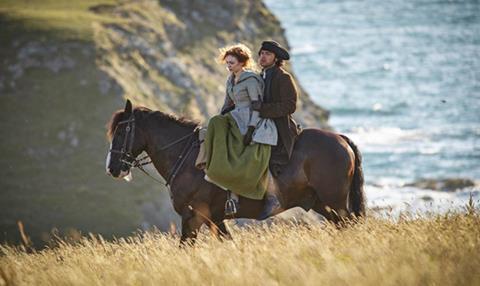 “It’s hard to remember a more emotionally pummelling hour of TV drama. It could have been horribly mawkish, instead it was devastatingly good. There are rare occasions when a popular drama series breaks free of its clichés and delivers something that properly belongs to art. Last night was one of them.”
Allison Pearson, The Telegraph

“What really makes this drama crackle with excitement is simply that all the characters fancy the pants off each other. The sunsets, the seascapes, the glowers, the swoons, the dances, the duels, the feuds, the passions — Sunday nights will be dull without them.”
Christopher Stevens, Daily Mail

“Poldark has been, as it needed to be, Aidan Turner’s show and it must be said that although playing Ross Poldark required him to stretch to no great thespian heights, he has been perfect in the role — and not only on account of his smeltering good looks.”
Andrew Billen, The Times

“Aidan Turner hogged the press coverage, but there were also a whole host of other well-cast performers working to make this series so watchable. So, no, Poldark is not a sophisticated drama, but the simple things can sometimes be very satisfying.”
Ellen E Jones, The Independent

“Together they stand, arm in arm on the clifftop, looking out to sea, united in grief and love, their magnificent manes, copper and black, dancing in the breeze, while below them the Atlantic boils, angrily. Is there a more glorious sight in television?”
Sam Wollaston, The Guardian

Perspectives: For the Love of Fred Astaire, ITV

“The most charming thing about the documentary was how in awe of Astaire’s life and career Len Goodman was. What could have just seemed like a jolly clearly meant a lot to the Strictly judge, which made for a genuinely affectionate, if somewhat gushing, tribute to his idol.”
Isabel Mohan, The Telegraph

“Goodman is an entertaining presenter when he’s just being himself. But when he was trying to imitate his idol, whether singing an Irving Berlin number or taking a tap lesson, he looked delusional. Len’s old colleague Bruce Forsyth would never dare measure himself beside Fred Astaire. And Len should have known better.”
Christopher Stevens, Daily Mail

Hunters of the South Seas, BBC2

“After a brilliant first episode, Hunters of the South Seas descended into pious moralising, as presenter Will Millard went out with some of the last Indonesian whale-hunters. We got the point that Millard didn’t like it the first time he said it.”
Matt Baylis, Daily Express