“This quietly uplifting film really pushed home the point that the continued survival of any endangered species is something to be roundly celebrated.” 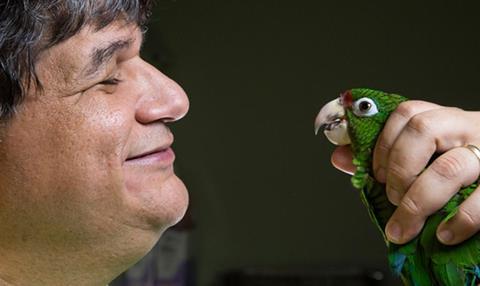 “Puerto Rico: Island of Enchantment reminded you what a disservice it would be if the Attenborough-style approach got edged aside. Even as a Natural World pretty low on drama or spectacle, this was an altogether more improving hour — who knew that Puerto Rico was such an example to the planet for its conservationism?”
James Jackson, The Times

“Overall, this was a quietly uplifting film that, while focused on the fragility and beauty of nature, really pushed home the point that the continued survival of any endangered species is something to be roundly celebrated.”

“News of the soon-to-be baby Sloane has finally injected some real drama. No longer will the MIC gang be carted off to New York or the South of France in a thinly-veiled attempt to keep the series alive. The Binky bump has brought some welcome reality to this so-called reality show.”

Daisy Wyatt, The i

“Don’t get me wrong, it’s been fun, all the partying, drinks, dudes and girls, secrets, jealousies, breaking up and unbreaking up. But after 12 seasons, maybe this is what Made in Chelsea needs, to take it to the next level. Something serious to think about: substance.”
Sam Wollaston, The Guardian

“The judges failed badly when it came to picking a winner. Unable to choose who had started the week best, they gave the prize to everyone. That’s a hopeless fudge. TV competitions are not like comprehensive schools, where no one is allowed to come top of the class.”
Christopher Stevens, Daily Mail

North Korean Kidnap: The Lovers and the Despot, BBC4

“It was a sad tale lent a touch of pure macabre by the involvement of the cognac-swigging, film-loving Kim. Behind it, though, and perhaps not stated strongly enough, was that North Korea’s leader felt he could do whatever he wanted, anywhere in the world. His son feels it too, obviously, and there is nothing entertaining about that.”
Matt Baylis, Daily Express

“As he spent 48 hours in the Hungarian capital Budapest with actress Aisling Bea, the joke was wearing thin. Just once, it might be fun if Richard enjoyed something. At least it would relieve the monotony, because it must be dull to be that clever.”
Christopher Stevens, Daily Mail