“An interesting film, but spiteful and speculative.” Read on for the verdict on last night’s TV. 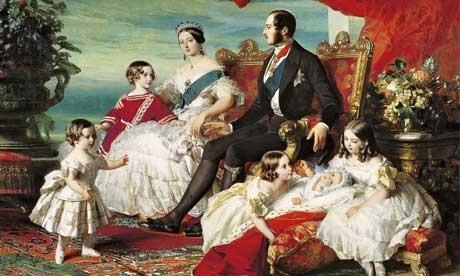 “Fascinating, in part because of the emotional candour of both Victoria and Albert in their letters, and also because of their early embrace of that Pandora’s Box for the mystery of monarchy – the photographic camera.”
Tom Sutcliffe, The Independent

“There’s not a massive amount to go on, visually, to fill three hours of television – a Landseer painting to pan slowly over, a few very early family photos, a wander round the grounds of Osborne House. There is a little light reconstruction, but it’s very unobtrusive, props more than people. That’s my kind of reconstruction, the sort you hardly notice, not the sort you laugh at.”
Sam Wollaston, The Guardian

“It was an interesting film, but spiteful and speculative, unworthy, if not of its channel, then of three nights at prime time.”
Andrew Billen, The Times

“The second episode contained one heck of a lot of writing, more discrete scenes than most sitcoms feature in a series, a gag rate to compare with Fawlty Towers, and some wonderfully energetic physical comedy… [But ] halfway through yesterday’s instalment, I realised I had not laughed so little since Channel 5’s repeat of the 1994 An Audience with Kenn Dodd on Sunday.”
Andrew Billen, The Times

“Perhaps I have to accept that, just as I lack the genes to be a matinee idol, an athlete or a figurative painter, so I also lack the genes necessary to appreciate this sitcom.”
Matt Baylis, Daily Express

“One of the reasons his [Simon Heffer’s] film was so delicious was the combination of a genuinely good subject with a presenter of almost satirical appropriateness. Looking at Heffer, you would assume him to be a man who thinks the rot set in when they introduced colour to movies and people stopped standing for the National Anthem… If you wanted a more nuanced reading of the success of these films at the time, you had to supply it yourself – and settle for the fact that the programme offered fascinating interviews with veteran film-makers and clips that repeatedly brought a lump to the throat.”
Tom Sutcliffe, The Independent