“McGovern and co have created a magnificent tribute to their courage and a worthy epitaph for the deceased.” 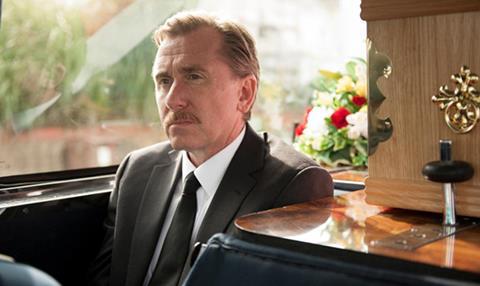 “There wasn’t a weak moment in the film. Tim Roth was extraordinary as a man scoured out by grief and left with only a single purpose to pursue. Implacable, purged of all need or desire for lesser considerations or emotions by his loss, he gave us a man and a performance boiled down to its very essence. There is nothing more honestly, nakedly powerful or moving. Thank you.”
Lucy Mangan, The Guardian

“Reg reflected the defining characteristics of its protagonist: angry, undoubtedly, but also sober, measured and increasingly authoritative. McGovern and co have created a magnificent tribute to their courage and a worthy epitaph for the deceased.”
Gabriel Tate, The Times

“McGovern knows where to find the drama in stories of private grief battling institutional indifference. This was truth speaking to power, drama duetting with reality… a meticulous autopsy of a vast insult to the British body politic.”
Jasper Rees, The Telegraph

“The opening episode was a few minutes of footage of the throwers, turners, figure-makers and ornamenters behind Wedgwood’s hand-tooled panther vases, grafted on to a half-hour advert for the brand. I think I’ll cry about the wasted opportunity, as well as the contempt for viewers.”
Lucy Mangan, The Guardian

“Alas, while this documentary was a homage to old-school skills it was also a bog-standard infomercial about a historic company, now owned by some Finns who have saved it from ruin by turning it into a heritage brand and all that that demoralisingly entails.”
Jasper Rees, The Telegraph

“The short film was certainly an attempt to answer the many questions. It just did it quietly with a focus on the people and the product, rather than filling the maximum number of minutes.”
Matt Baylis, Daily Express

Meet What You Eat, Channel 4

“The exhausting Meet What You Eat crammed ten tips on the selection, preparation and cooking of fish and seafood into a hectic half-hour. The flesh was solid and nutritious enough, but the trimmings were so packed with additives and artifice that I could barely finish it before I needed a lie down.”
Gabriel Tate, The Times

“A better title for last night’s fare might have been Everything Most People Genuinely Never Wondered About Fish.”
Matt Baylis, Daily Express