“This programme shows real promise. Commando School was made with humour when it could be and with emotional heft where appropriate.” 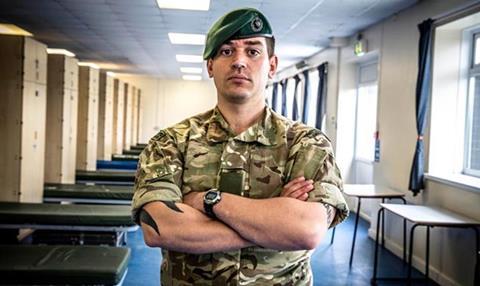 “It is very easy to get reality television wrong and exceptionally difficult to get it right. This feat, however, was achieved with aplomb by Royal Marines Commando School.”
Jake Wallis Simons, The Telegraph

“Like the BBC Four series about Sandhurst two years ago, this programme shows real promise. Commando School was made with humour when it could be and with emotional heft where appropriate.”
Andrew Billen, The Times

“I’m not sure I want to follow this intake of 56 wannabe commandos through the whole of their eight-month training but the first fortnight of ‘foundation’ was quite fun. There’s something wonderful about watching a stern, hard man giving a lecture on ironing or instructing a group of crew-cutted fledgling killers on the best way to wash their armpits.”
Matt Baylis, Daily Express

“It’s made by the people who did Education Yorkshire, using the same methods, with the same kind of resulting sneaky-peek feeling – that this is how it really is, documentary that documents, rather than simply fills a director’s mould. And it’s utterly compelling.”
Sam Wollaston, The Guardian

“You might expect this to be a radical departure from the daily life of a Dewsbury comp, but in fact the similarities were more striking. It’s only the odd, observant detail that reminds us that, for these young men, a test much more serious than mock GCSEs is looming in the distance.”
Ellen E Jones, The Independent

“It was at times hard to know whether Utopia’s return was compelling or repellent. Just as it was last series. Creator Dennis Kelly and his team are building a mosaic that is horrific, but altogether impressive.”
Andrew Billen, The Times

“Kelly is good and he knows it. How else to explain the risk he’s taken by delaying the resolution of several cliffhangers with this Seventies-set prequel episode? It could have backfired but it didn’t.”
Ellen E Jones, TheIndependent

“Controversially, Kelly used dramatic licence to fictionalise the death of politician Airey Neave. This was without doubt morally problematic, but judged purely as a piece of art, Utopia was rivetingly unsettling and rather superb.”
Michael Hogan, The Telegraph

“As television, it is beneath contempt. But what it reveals about its young audience is far more frightening than any of the hackneyed, incoherent storylines that its writer Dennis Kelly could devise. Anyone who watched this dross and was taken in by it should be ashamed of themselves.”
Christopher Stevens, Daily Mail

“Sure, there was lots of blatant button-pressing – mournful music, meaningful gazes out to sea – but this was effective, absorbing television that delivered two happy endings. By the time the credits rolled, I was blubbing like an Argentine footballer.”
Michael Hogan, The Telegraph

“What makes each episode so moving is the sensitivity of the interviews. Nicky Campbell, who was adopted himself, is especially good at coaxing buried emotions to the surface. He seems to know what his interviewees are feeling before they know it themselves.”
Christopher Stevens, Daily Mail