“Wax is good at making mental illness funny without making light of it.” Read on for the verdict on last night’s TV. 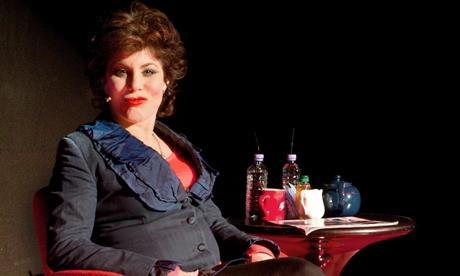 “Wax is good at making mental illness funny without making light of it.”
Tim Dowling, The Guardian

“The real test of this experiment in openness will be what happens when there aren’t cameras around to record a ceremony of acceptance. I have a feeling that the results will be good.”
Tom Sutcliffe, The Independent

“A rare example, perhaps, of telly being much kinder to people than real life probably would be.”
Alex Hardy, The Times

“As patchy as Greenwich Park’s grass is likely to be after the equestrian events.”
Alex Hardy, The Times

“After quite a few raucous laughs, it just stopped, as if nobody had quite worked out where the finish tape was.”
Tom Sutcliffe, The Independent

“The girls’ wild ambitions reminded me of the politicians’ hype about the sudden, magical transformation the Games are expected to bring to the most benighted parts of east London.”
Matt Baylis, Daily Express

Arena: Amy Winehouse – The Day She Came to Dingle, BBC4

“Under any circumstances, the 20-minute performance in a tiny church in Dingle, County Kerry, that formed the centrepiece would have been a small gem. A year after her death, it took on the aura of unearthed treasure.”
Tim Dowling, The Guardian

“Call me a stick in the mud but couldn’t scientists be applying their skills to something bigger than sunburn?”
Matt Baylis, Daily Express

“John-Baptiste makes for an ideal mentor, a shining exception in a system that sometimes resembles a continuum of incarceration, designed to deliver young people into prison.”
Tim Dowling, The Guardian