“‘Safe’ is the operative word in this by-the-book collection of ITV thriller clichés.” 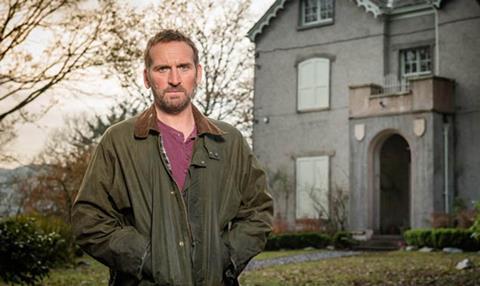 “‘Safe’ is the operative word in this by-the-book collection of ITV thriller clichés. Safe House struggled to stand apart from the many other mediocre thrillers in the schedules.”
Ellen E Jones, The Independent

“It was all very efficiently done, just not terribly engaging. The characters haven’t yet sprung to life and the slow-paced direction was a little too pleased with itself. Someone had clearly been watching Scandi-crime with a notepad.”
Michael Hogan, The Telegraph

“With such a good cast and a writer like Michael Crompton, Safe House should have delivered so much more. What looked so promising on paper played out as a huge, plodding cliché-ridden disappointment.”
Claudia Connell, Daily Mail

“There was much to like here: Christopher Eccleston in the lead role and Paterson Joseph as his old mate and boss, encouraging him to get back in the game. This could be one to watch — as long as you’re willing to leave your disbelief suspended in one of those splendidly craggy outhouses.”
Andrew Billen, The Times

“It all felt decidedly naff and unbelievable and wasn’t helped by dialogue so sickly it ought to have been pegged out on the hillside to perish. The lines had better improve, or this will be one house that no one wants to visit.”
Matt Baylis, Daily Express

“In short – it’s great. Multiple plotlines are thickening nicely, with nothing feeling forced or as though it’s being arbitrarily withheld. There is plenty of suspense, but no melodrama, and there is a superb cast gathered round Eccleston, who remains a consummate master of the small screen.”
Lucy Mangan, The Guardian

“It was nothing we hadn’t seen before but, somehow, the presence of the charmingly knowledgeable Alex Polizzi managed to lift it. Still, at an hour long it was way overbaked and relied on some desperate padding.”
Claudia Connell, Daily Mail

“Each time we were dragged back from fluffy food heaven to cold, hard reality: to pricing, to portion control, to the practicalities of being a head chef. Who really wants to know about the logistics behind a sensational meal? It was a demystification too far, like asking how the Faraway Tree grows or where the Saucepan Man gets his pots.”
Andrew Billen, The Times