“It targeted stereotypes very hard to connect with the passionate yet canny people all over British screens for the past month.” 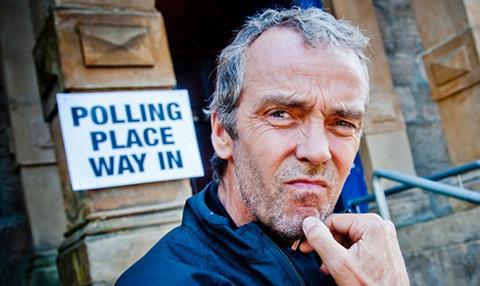 Scotland in a Day, Channel 4

“The format was a deliberate copy of the BBC’s landmark 2011 film Britain in a Day, a collage of life round Britain compiled from one 24-hour span, but the jokes were all its own. It was funny and warm and daft and funny again.”
Lucy Mangan, The Guardian

“Jack Docherty’s scotumentary, if you will, could have been a merciless attack on his homeland to cheer the exasperated English or else an affectionate prod at a year that took itself a wee bit seriously. Instead it targeted stereotypes very hard to connect with the passionate yet canny people all over British screens for the past month.”
Andrew Billen, The Times

“Scotland in a Day presented a country full of different sorts of people, all of whom had much more to say for themselves than either Yes or No.”
Ellen E Jones, The Independent

“If only this six-part series was a mockumentary like Scotland in a Day. Unfortunately, the paternal ignorance on show was all too real.”
Ellen E Jones, The Independent

“It made you yearn for the Fifties and the Call The Midwife era, when a dad’s duties were limited to boiling the kettle for hot towels, and chain-smoking roll-ups as he paced in the hall.”
Christopher Stevens, Daily Mail

Operation Stonehenge: What Lies Beneath, BBC2

“Superimposing flashing maps and spinning arrows over video of fusty historians in tweed jackets just looked silly. It was as if the producer of Spooks had taken over Time Team for a day. Which was a shame, because the research was fascinating.”
Tom Rowley, The Telegraph

“The CGI versions of Stonehenge itself were impressive, but the cleverest graphics didn’t involve any microchips — just a beach and two men with sticks. They revealed how the ancient site was mapped out with intersecting circles, and proved at the same time that Britons invented geometry, 2,000 years before the Greeks.”
Christopher Stevens, Daily Mail

“In the opinion of this programme what lies beneath is evidence of our long European heritage. One in the eye perhaps for those who think that we should be going it alone.”
Matt Baylis, Daily Express