“Viewers who want science turn to the BBC. Making slightly downmarket science is not going to attract them.” 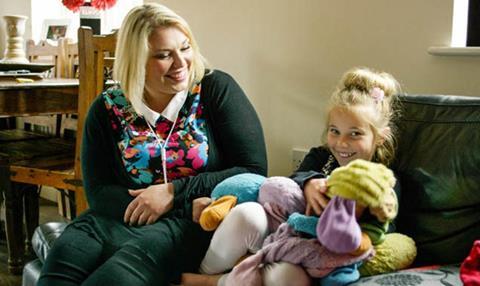 Secrets of Growing Up, ITV

“Viewers who want science turn to the BBC. Making slightly downmarket science is not going to attract them. Technically, nevertheless, Secrets was impressive. Producer Luke Wiles tackled the hard task of illustrating a lesson about cognitive and physical development with vim.”
Andrew Billen, The Times

“Secrets Of Growing Up was what cynical producers call a ‘cuttings job’. They trawled through a stack of evening papers from around the country, found a few out-of-the-ordinary stories about children and teenagers, and strung them together with some phoney science. All these segments had nothing to connect them but the waffly narration of actor Martin Clunes.”
Christopher Stevens, Daily Mail

“I’d have loved to have been convinced by all this. To be fair I mostly was. I just wondered where all this biology is going to stop. How long before another Martin Clunes documentary pops up, telling me that my growing interest in local history and my irritation with new catchphrases are all, actually, down to chemicals that flood men’s brains in their mid-40s?”
Matt Baylis, Daily Express

“I like George Blagden as the king. Versailles looks great. I am willing, even, to put up with the surgeon’s daughter, who has landed in the 17th century from ER. There is one unavoidable truth about the series, however. It is not nearly trashy enough.”
Andrew Billen, The Times

“All the French have got for their mountains of eurocash is diamond-crusted claptrap. No doubt Versailles is supposed to look like a series of classic paintings, but the effect is as lifeless as a museum display. George Blagden as Louis XIV continues to be the least charismatic man ever to take the lead in a costume drama.”
Christopher Stevens, Daily Mail

“The sense deepens that Versailles is neither one thing nor the other. The soundtrack flits between arias and Europop, the dialogue between Racine and racy. Ultimately, it is far too shallow a piece to accommodate all the earnest rumination on war and taxes by indistinguishably bewigged courtiers, or indeed for a dramatised tract about the philosophical nature of kingship.”
Jasper Rees, The Telegraph

“Ballot Monkeys was a boldly ambitious endeavour, not without promise, which could come into its own as the interminable EU debate drags on. On the evidence of this opener, though, it needs fewer targets and more belly laughs.”
Michael Hogan, The Telegraph

“Rescue Dog to Super Dog kicked off as a kind of talent search, looking for abandoned dogs who might have what it takes to become support animals for people with particular challenges. Honestly, what more could you ask from a pet programme?”
Tim Dowling, The Guardian