“The script still crackled with the sort of literate, intelligent humour that once set Shameless apart.” Read on for the verdict on last night’s TV. 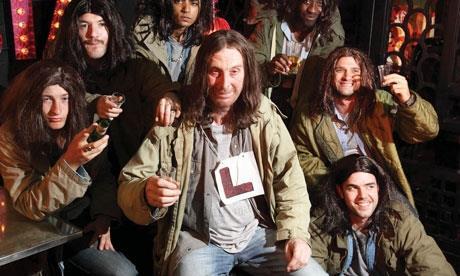 “The raucous comedy-drama has been an important part of the television landscape for the last decade… Last night it ended on a high, with departed stars returning for a rather touching swansong… A hectic hour saw Monica’s waters break on the floor of local pub The Jockey, fist fights, slapped faces, stolen drugs, pepper spray, a headbutt, a man-hunt, an explosion, a three-legged dog and accusations of, ahem, an Operation Yewtree nature. The script still crackled with the sort of literate, intelligent humour that once set Shameless apart.”
Michael Hogan, The Telegraph

“This fond farewell reminded us of all that was great – and groundbreaking – about Shameless when it first burst on to our screens with its shiftiness, its chaos and its ability to draw a comedy around the working classes with no hint of condescension or contempt for them.”
Arifa Akbar, The Independent

“I always enjoy the episode of The Apprentice in which they go abroad. This year they’re off to Dubai – showy, vulgar, ghastly… perfect then. Myles leads one team. Zeeshan – international property broker and international idiot – leads the other… They fall out, and mutiny, and plot, and squabble into their BlackBerrys, held flat, on speaker mode… Here it’s Zee’s head that rolls, of course. Suddenly I feel sorry for him, in the taxi of shame. They always seem nicer, the moment they’re fired.”
Sam Wallaston, The Guardian

“The Dubai Mall received particularly loving treatment, with lingering exterior shots, logos etc. You wouldn’t have known, from watching this licence-fee-funded feast, that other malls are available.”
Neil Midgley, The Telegraph

“A cast, including Stephen Campbell-Moore, John Hannah and Toby Jones, read from the diaries, lectures and letters of George Mallory and Edmund Hillary. This ‘thesping’ seemed too staged and stilted for television, and it was only when their scripts became voiceovers to the footage that the documentary reached sublime heights.”
Arifa Akbar, The Independent

“Rather than present the two expeditions sequentially, the documentary chose to chop between them, creating an ungainly blink-and-you-miss-it motif. On the whole, though, it was successful, mainly because climbers’ own words are vivid and moving.”
Jake Wallis Simons, The Telegraph