“This was the BBC drama department at its Hampstead Socialist worst.” 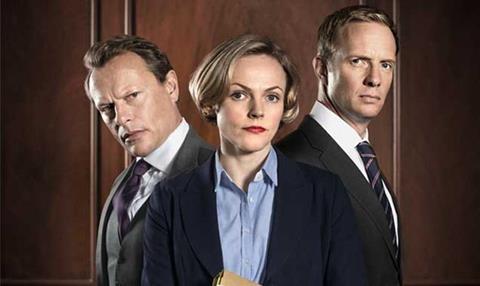 “This opening episode reintroduced the series’ characters efficiently, presented an intriguing case-of-the-week, and offered a juicy plot twist at the end. But TV drama has now moved on, and workmanlike shows like this suffer by comparison to the dark and subtle offerings from Scandinavia.”
Neil Midgley, The Telegraph

“Don’t be fooled by their silly wigs, the third series of Peter Moffat’s skilfully written show is easily as hard-hitting and pointedly topical as its much praised US equivalent, The Good Wife.”
Ellen E Jones, The Independent

“A narrow-minded, petty critic might protest that the crime was hopelessly improbable. And even a politically neutral viewer might recoil from the Leftist claptrap about police brutality that underpinned the plot. This was the BBC drama department at its Hampstead Socialist worst.”
Christopher Stevens, Daily Mail

“In dramas like Silk, what really matters is not just the plot but the fact that everyone is just so darned glamorous, and that includes the interiors. If I met Martha in real life I’m sure she would irritate me something rotten but as a fictional crusading lady barrister, top marks.”
Virginia Blackburn, Daily Express

“Horizon spent much of its precious hour not on psychological science, but on pointless general views of New York and London. By the end, my conclusion was that its producers had underestimated their viewers.”
Neil Midgley, The Telegraph

“Call the Midwife might rake in the ratings, but this is the only true home of consistently interesting midwifery drama. Every episode combines three of life’s loveliest things, all found in abundance on maternity wards: babies, everyday humour, and sweet treats.”
Ellen E Jones, The Independent

“The documentary’s theme last night seemed to be partnerships: that behind every woman there’s a yielding man. As always with this non-sugar coated gem, though, there was a stark flipside. We saw just how painful the lack of a partner is too.”
Alex Hardy, The Times