“A triumph of slick over substance.” Read on for the verdict on last night’s TV. 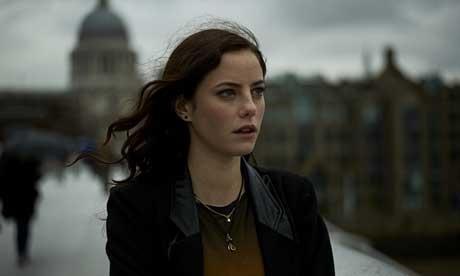 “The fact that all the plot progression was extremely predictable, and that only the characters of Effy and her flatmate Naomi (Lily Loveless) were more than, er, skin-deep, would surely have sunk most drama. But happily it did not. Skins was a triumph of slick over substance.”
Adrian Michaels, The Telegraph

“Skins was once groundbreaking because it let young people talk like young people. Here, there was nothing believable about the new world created… It felt like a tale built to combine stunning visuals with something-or-other topical, not a genuine attempt to explore a character further.”
Alex Hardy, The Times

“I’m a bit surprised the UB format can continue to exist, to be honest. If someone a bit odd-looking suddenly turns up at your place of work with a dodgy back story, a lot of questions and a film crew, I think you know who he is now, don’t you?… Poor Marcelo is very confused and thinks it’s some kind of joke. Though when it finally sinks in – that’s he’s got an actual staff job, with DHL, plus a trip back to Brazil to see his parents – it is really quite moving. Still good TV then.”
Sam Wallaston, The Guardian

“It provided some proper insight into how companies must evolve in the digital age… It was good television too… The best part was when the Brazilian Marcelo sweetly didn’t believe Eddie/Couchman was really the company’s big cheese until he was shown a photo of the DHL boss with David Cameron.”
Adrian Michaels, The Telegraph

“I’m simply not convinced that Rick has the credentials to teach me about Indian cooking. So it’s really just another tedious celebrity travelogue. With a heavy focus on colonial times. And he sweats too much. Boo.”
Sam Wallaston, The Guardian

“Since when, exactly, has India belonged to Rick Stein? The next time the Beeb sends someone off on an extended jolly, what about making it a historian, say, or someone who actually knows something about the place?”
Virginia Blackburn, Daily Express

The Greatest Shows on Earth, C4

“Last night’s episode achieved exactly what the Brazil programme was aiming at but just missed. It was shocking, not titillating, and at times unexpectedly moving in its account of new Arab liberties and old Arab oppressions.”
Tom Sutcliffe, The Independent

“John Donnelly’s playlet Henry was a masterwork in dialogue and silence… Forget the fright-factor of watching Luther or The Fall; the emotional eeriness that lingers after a drama like this is just as devastating.”
Alex Hardy, The Times

The Town The Travellers Took Over, C5

“It was a wonder that anyone was prepared to talk to Paul Connolly and most didn’t, including the travelling community itself, which had been under orders from some shadowy figure on high to avoid the media. Those who did say something were invariably hidden in the dark, actors reading their lines.”
Virginia Blackburn, The Telegraph