TV Critics: Songs of the South; The Big Painting Challenge; The Casual Vacancy

“Essential viewing for anyone even remotely interested in music.” 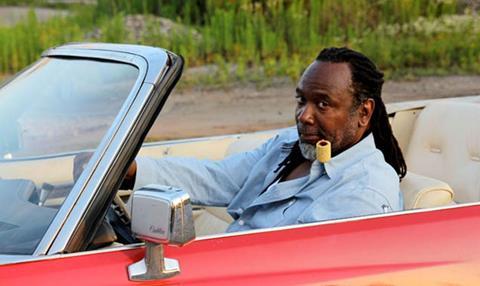 “Hunter went to Knoxville to feel the lonesome chill of Southern gothic, found his childhood memories of Spam offered common ground with Dolly Parton and, in the episode’s most fascinating section, confronted the disturbing legacy of minstrelsy. Essential viewing for anyone even remotely interested in music.”
Ellen E Jones, The Independent

“It suffered from there being little hint that Hunter knows much about the musical genres he explored: bluegrass, minstrel or hillbilly fiddle. His phobia about dancing was not a good sign. What is so delightful about Hunter, however, is his quaint, insightful turn of phrase.”
Andrew Billen, The Times

“If you were expecting to chuckle your way around the Great Smoky Mountains, you’d have been disappointed. Reg never lost his charm or warmth but there were no wise cracks. Instead, he stood aside letting us see the South and, more importantly, hear its song.”
Matt Baylis, Daily Express

“These amateur artists must turn their hands to landscapes, still-life sketches and whatever else judges Daphne Todd and Lachlan Goudie think up. The result was to lower the general quality of the work produced, and deprive the viewer of a real thrill – the chance to see competent creatives in action.”
Ellen E Jones, The Independent

“It’s not just damning – there’s loads of constructive criticism, too – even praise, where it’s due. This programme makes better viewing than the other big challenges – bees, offs and the rest.”
Sam Wollaston, The Guardian

“Sarah Phelps’s script has turned a decent novel into a deft drama: part morality tale, part classic British comedy of manners. The drama trod delicately between tragedy and comedy, while its direction gave an aesthetic consistency sometimes lacking in the original novel.”
Ceri Radford, The Telegraph

“The characters are cut from plywood, the plot is nonsense and the Left-wing breast-beating is infantile. The Casual Vacancy is such tosh that it won’t change anyone’s voting intentions — but it does confirm the BBC as the attack wing of Labour’s campaign machine.”
Christopher Stevens, Daily Mail