TV Critics: Southcliffe; I Love My Country; Top of the Lake

“This is rare and brilliant Sunday night viewing.” Read on for the verdict on last night’s TV. 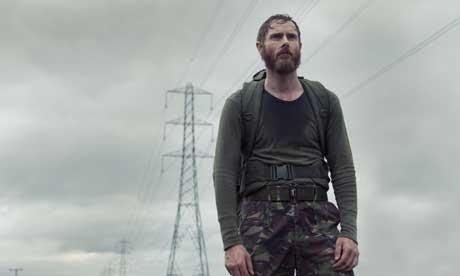 “Southcliffe is brilliantly done. Sean Harris is totally convincing as Stephen, a man teetering on the edge of a deep, dark chasm… It’s also beautiful – if pylons, and mist, and incessant rain, and gloomy woods, and impending tragedy can be beautiful… It sounds great too, because it’s not drowned out by intrusive music… That’s the power of Southcliffe – it is fictional drama that feels so very real.”
Sam Wollaston, The Guardian

“There was no explanation, no emotional overload… It might not be the cheeriest TV, but as far as bleakness goes, this is rare and brilliant Sunday night viewing.”
Arifa Akbar, The Independent

“Southcliffe was an exercise in poise and pacing, skipping backwards and forwards in time, ramping up tension as we moved inexorably towards the dire outcome… With its muted palette, protracted silences, dank fogs and seething unease, Southcliffe was anything but nice-cup-of-tea and a sit-down TV, but it was a mesmerising tragedy, nonetheless.”
Benji Wilson, The Telegraph

“Another British show trying to look just like a moody Baltic crime show, and possibly looking a little bit self-conscious, style-obsessed and tiresome. That’s a pity, because underneath all the affectation there’s a tale to make your heart thud… It’s a craftsmanlike creation, splendidly acted and I might feel more positive about it if it ever stopped raining of if there was some trace of human warmth.”
Matt Baylis, Daily Express

I Love My Country, BBC1

“There is something quite British about it – not just in the subject matter of the questions, but also in the willingness of these people to make tits of, and thoroughly enjoy, themselves in public. It is very silly. And very hard not to like.”
Sam Wollaston, The Guardian

“I Love My Country tried to recapture that Olympics feeling of British pride that we are all finally able to express, but managed to summon it up with all the fun of a Citizenship Test… David Walliams was originally set to present the show but was replaced by Logan who conducted her job with the charisma of a newscaster reading an autocue.”
Arifa Akbar, The Independent

“Last night’s fourth instalment merely confirmed that Top of the Lake is the most weird and wonderful creation since Twin Peaks. It is beautiful, unearthly, chilling and quite often very funny.”
Benji Wilson, The Telegraph