TV Critics: Storm Troupers; Eating Well; I Want My Wife Back; Secrets of The Nazi Occult

“I would never have forecasted that the history of weather would yield such a spellbinding hour.” 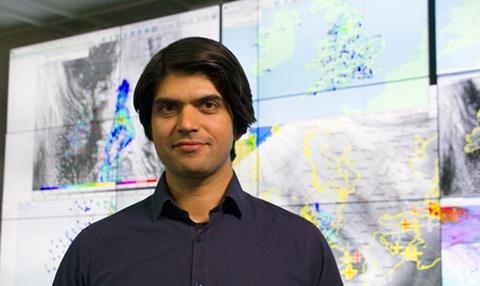 Storm Troupers: The Fight to Forecast the Weather, BBC4

“A detailed three-part account of meteorology? You couldn’t say BBC4 doesn’t do ‘distinctive’. The programme even managed not to use that clip of Michael Fish in 1987, and which other channel would’ve resisted that? Instead, much like those Royal Institution Christmas lectures, it tickled up the science and evolution of weather forecasting with a few diverting demonstrations.”
Andrew Billen, The Times

“As a presenter, Alok Jha can be a mite stiff. But his background as a reporter served him well. His balanced and pithy summations of these scientists’ achievements made for an exceptionally accessible science documentary, even if one did wish for a tiny more detail in places. I would never have forecasted that the history of weather would yield such a spellbinding hour.”
Gerard O’Donovan, The Telegraph

“The name of Robert Fitzroy tends to be forgotten alongside wind-scaler Beaufort and cloud categoriser Luke Howard. Alok Jha’s programme gave him the tribute he deserved as well as showing us wackier 19th century weather-science.”
Matt Baylis, Daily Express

“An amiable and informative stroll through the history of meteorology. Beaufort’s wind scale dates to 1805, but it remains the basis of the shipping forecast. Jha went to experience the top end of the scale himself, in a wind tunnel. His hair, remarkably, looked as good coming out as going in.”
Tim Dowling, The Guardian

“This got bogged down in academic minutiae — lost in archives and reading-rooms, where curators in white gloves lectured us about Victorian records. That was a shame, because for the first quarter of an hour this documentary was marvellous.”
Christopher Stevens, Daily Mail

“I got off on the wrong foot with Eating Well With Hemsley + Hemsley. Maybe it’s because their whole ‘clean-eating’ ethos seems designed to rile people like me. It’s not so much a bunch of recipes as a lifestyle you may watch and admire, but not have.”
Tim Dowling, The Guardian

I Want My Wife Back, BBC1

“This was a comedy that was mainly stuck in neutral. It would really need to shift up a gear or three to make me want to watch a second series.”
Gerard O’Donovan, The Telegraph

Secrets of The Nazi Occult, Channel 5