“There were more thought-provoking links and anecdotal tributaries in one episode than you get in a year of other docs.” Read on for the verdict on last night’s TV. 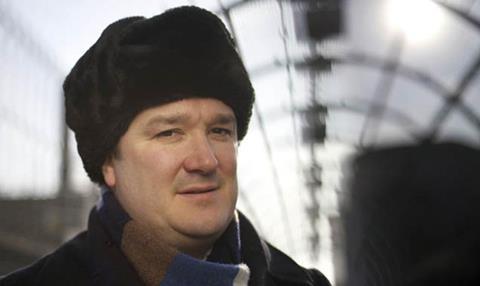 “It’s Dominic Sandbrook’s schtick to treat the events of living memory with a reverence usually reserved for dusty ancient history. He is an accomplished storyteller, but when this style requires the pretence of consensus, then the viewer misses out… It would have great to hear from some other voices: people who were there at the time, other experts on the period, or really just anyone else but Sandbrook.”
Ellen E Jones, The Independent

“Sandbrook has made a name for himself as a broadcaster and historian who specialises in debunking the myths of the recent past, but in this latest venture he appears to have reinvented himself as the thinking man’s Ray Winstone – two parts threat to one part gag – in a decidedly binary account of the postwar years… Yet there were some great insights into life in postwar Britain to be found, both in the archive footage and in Sandbrook’s own narration.”
John Crace, The Guardian

“As with everything historian Dominic Sandbrook fronts, there were more thought-provoking links and anecdotal tributaries in one episode than you get in a year of other documentaries.”
Matt Baylis, Daily Express

“Sandbrook has a great gift for narrative but this one lacks insight. Worse, it last night failed to sell us any new secrets.”
Andrew Billen, The Times

“Hebburn has some of the sentiment of The Royle Family and some of the wit of Gavin & Stacey, but it really belongs to that breed of untaxing sitcom in which the gentle laughs are so predictable that you could set your pacemaker by them.”
Ellen E Jones, The Independent

“Comparisons with The Royle Family are inevitable, but this is kinder comedy, about a family that survives by supporting each other — more like Carla Lane’s Bread. Bread was a huge hit in the late Eighties, but we don’t see it repeated because these days it looks so old-fashioned. That’s the clue to Hebburn’s big failing: this new series felt like an ancient re-run.”
Christopher Stevens, Daily Mail

“If this film was showing us a snapshot of modern Christian life then it was all too easy to see why dioceses were being dissolved. I would like to believe that the Church remains a force for good. An hour of watching people drink tea and debate points of ecclesiastical admin did little to convince me, though.”
Matt Baylis, Daily Express

“Dean of Wakefield Jonathan Greener’s crisis of doubt cannot have been helped by Richard Alwyn’s cruelly aimed questions, such as the one about whether Jesus would have spent £3 million doing up a building. I would like to have seen Mrs Dean, an equally feisty character by all accounts, but her loquaciously camp husband was enough to carry this real-life Trollope novel.”
Andrew Billen, The Times

“I know next to nothing about portraiture but came away feeling I knew more about the techniques involved than I had got from any number of previous arts documentaries… By the end of the programme I actually felt I understood why some of the paintings were better than others.”
John Crace, The Guardian