“What a pleasure it was to look at the world through Judith Kerr’s eyes for a little while.” Read on for the verdict on last night’s TV. 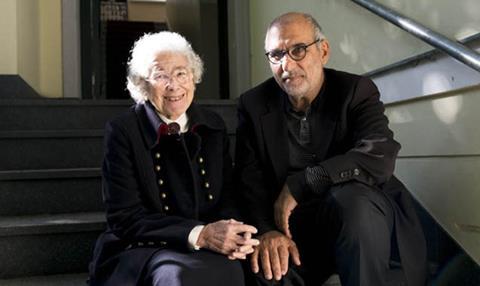 Imagine – Hitler, the Tiger and Me, BBC1

“What a pleasure it was to look at the world through Judith Kerr’s eyes for a little while… This Imagine was an example of the increased cultural significance children’s books are now accorded and it’s good to see. Making children laugh is a noble pursuit.”
Ellen E Jones, The Independent

“Imagine . . . Hitler, The Tiger And Me revealed that, at 90, Judith Kerr retains her youthful delight in life. With her rapid step and radiant smile, she wasn’t just lovable, she was an inspiration.”
Christopher Stevens, Daily Mail

“Any 90-year-old is a survivor but Kerr is exceptional. On Hitler, the Tiger and Me this unsentimental, clear-sighted, un-self-pitying atheist made her interviewer look plodding.”
Andrew Billen, The Times

“Dominic Sandbrook’s Strange Days: Cold War Britain has been something of a curate’s egg. At times hopelessly partial, at others inspired. His argument that capitalism won out over communism because it gave people more stuff fell into the simplistic category.”
Sam Wollaston, The Guardian

“Dominic Sandbrook’s Cold War documentary ended more strongly than it began. His take on why the West won the war was not revolutionary but he emphasised in a way I had not quite understood before that Reagan and Thatcher had realised it was winnable and put us on a psychological war footing.”
Andrew Billen, The Times

“What this programme did so intelligently was to take the lesser-known details and use them to illustrate the events.”
Virginia Blackburn, Daily Express

“Sally Wainwright’s warmly winning drama is like half a dozen lesser series rolled into one. Potent plot points pop off in rapid succession like a meticulously planned blast-mining operation… But Last Tango in Halifax isn’t overwrought. The action is rooted in fully rounded characters. There’s little that isn’t credible because these characters think and behave, for the most part, like real people.”
Gerard O’Donovan, The Telegraph

The Sound Of Musicals, C4

“The Sound Of Musicals underlined all the pressures of raising investment, casting a production and sustaining brilliant performances. It’s enough to drive an angel to drink.”
Christopher Stevens, Daily Mail

“Richard Alwyn’s three-part documentary series about the daily working lives of cathedrals has been an underrated gem and last night’s final instalment on Southwark was perhaps the most intimate of them all. The series appropriately ended not with a banging of drums and a crashing of cymbals, nor with a handwringing whimper, but by keeping calm and carrying on against impossible odds.”
Sam Wollaston, The Guardian