“The football – and some of the behaviour – is a disgrace”. 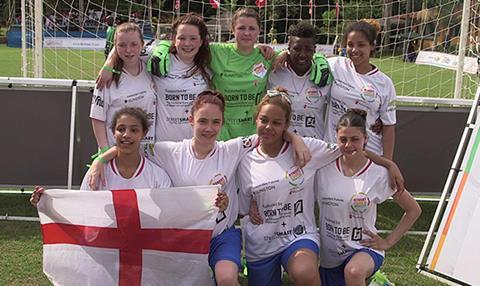 “The football – and some of the behaviour – is a disgrace. But they’re much more entertaining than Rio or Michael”.
Sam Wollaston, The Guardian

“On the whole, the results off the pitch (on the pitch it was a rather different matter) were heartening”.
Gerard Gilbert, The Independent

“Their general whingeing, laziness, love of junk food and reluctance to shake hands with their opponents made them look, for now, like exponents of the ugly game”.
Andrew Billen, The Times

“When will you see the combination of Jodie Kidd, Russell Grant, Sophie Thompson, Todd Carty and Susannah Constantine in a group hug ever again”?
Ben Lawrence, The Telegraph

“There’s none of the zest of fresh personalities, just the reheating of stale ones, while the contestants don’t appear to have any ambition other than to reintroduce themselves to a public that long ago grew bored of them”.
Gerard Gilbert, The Independent

“Maybe it doesn’t matter if it is familiar. And packed full of cliches. As Palin and the Brazilians themselves say, the cliches are all true”.
Sam Wollaston, The Guardian

“Lineker, working from a slightly overwritten script (“Yellow and green — not just a shirt! To wear it is to be wrapped in a dream of how the game can be played”), made only moderate progress towards a cultural explanation”.
Andrew Billen, The Times