“I haven’t clapped eyes on anything quite so dire since El Dorado.” 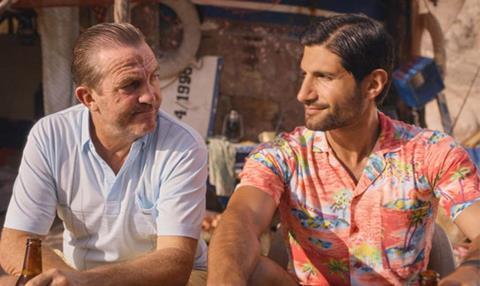 “The word must have gone out that the BBC were looking for the next bad comedy. And in that regard, you have to say that the writers of SunTrap have surpassed themselves. The whole thing concluded with a joke about excrement in a bucket. I couldn’t have put it better myself.”
Benji Wilson, The Telegraph

“The dialogue comes much too fast, in a pell-mell clutter of lines, and many of the gags are sub-par. I’m rooting for this show. I want it to get a grip, and I want it to work. But it’s off to a shaky start.”
Christopher Stevens, Daily Mail

“Often the whip-fast quips are overdone, especially against the slightness of the storyline. It’s an odd combination, like Aaron Sorkin’s smartness has been sent on a package holiday to somewhere it doesn’t entirely belong.”
Andrew Billen, The Times

“Peering through the rotten gags and the almost embarrassed performances of the cast, you can glimpse what might, once, have been a good idea. I haven’t clapped eyes on anything quite so dire since El Dorado.”
Matt Baylis, Daily Express

“What a charming edition of Modern Times we had in The Secret Life of Cleaners. It was both touching and tickling as we met a handful of the helpers who go into 6 million homes in the UK and the people who employ them.”
Andrew Billen, The Times

“Since this was BBC2, there was an undercurrent of socialist grumbling about the gulf in living conditions between the Ladies Who Do and the Ladies Who Didn’t Have To. But the real message that came across was what hard work it was to find anyone reliable to do the dusting.”
Christoper Stevens, Daily Mail

“The classical score and abstractly shot cleaning scenes almost elevated the profession to an art form. But the truth came out: this was physical, grubby, often underpaid work, done by people living on a wing and a prayer – and hoping for a decent person at the other side of the door.”
Sally Newall, The Independent

“Here and there were suprises, not all of them pleasant. It was revealing but depressing to see how many of the cleaners regarded all the pleasantry between householders and house-sweepers as a front.”
Matt Baylis, Daily Express

“Dr Helen Castor stripped away the accreted layers of subsequent interpretation, myth and legend to give us the barest, cleanest bones she could of what is, even at its sparest, an astonishing story.”
Lucy Mangan, The Guardian

“There was a lot of walking round medieval ramparts bathed in beatific light, which might have felt trivial if it was not for her access to contemporary documents from the trial. This human take on the tale, more than anything, showed the unwavering power of blind faith.”
Sally Newall, The Independent