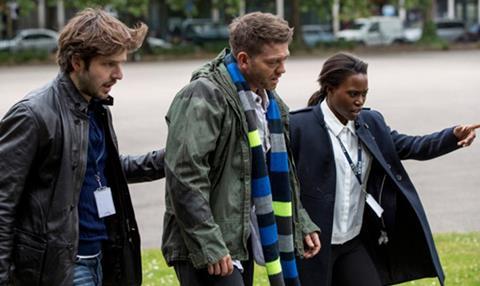 “A frighteningly variable cop drama whose semi-improvised style sometimes resembles realism, but more often a hard weekend at film school…Suspects leaves actors such as Damien Molony nowhere to hide. When the dialogue gets as bad as this, they have only themselves to blame.”
Andrew Billen, The Times

“Where improvised dialogue in comedy can play to the cast’s strength…dramatic actors can be exposed. In Suspects, it helps underpin a plot about evasive characters who seem to be making up their story as they go along…Steve Bailie’s hectic storyline is matched by a fast-moving film style, with rough-and-ready hand-held camera work which peeps over shoulders and through windscreens. It papers over any cracks that would glare more problematically in a more atmospheric crime drama…A pleasant ongoing surprise.”
Jasper Rees, The Telegraph

“Suspects is still done on a very low budget but I’m not sure that’s very much of a selling point on its own.”
Matt Baylis, Daily Express

A Granny’s Guide to the Modern World, C4

“The tone owed something to the BBC’s Grumpy Old Men franchise, in which middle-aged gits grumbled entertainingly about the modern world, but it was filmed in the perky style of Eurotrash.”
Jasper Rees, The Telegraph

“The programme was trying to make a point. Whether or not it was benign I am really not sure.”
Andrew Billen, The Times

“A sort of attempt at a suspension bridge over the generation gap.”
Sam Wollaston, The Guardian

“The events of the past month have played out so much like a Greek tragedy – with more twists and turns than Game of Thrones – they did lend themselves rather well to a Gogglebox-style takedown.”
Chloe Hamilton, i

“During the whole of this hour-long programme, no one voiced a real, heartfelt belief. It was all quips and sneers, disgust for the politicians and the media alike.”
Christopher Stevens, Daily Mail

“Shouldn’t Gogglebox be representative, a proper cross-section? Because Jenny seems to be the only one to be pleased we are leaving the European Union. She says she is looking forward to the curly cucumbers and bent bananas again.”
Sam Wollaston, The Guardian