“The whole thing feels slightly underpowered so far – but there are nevertheless some fine moments.” 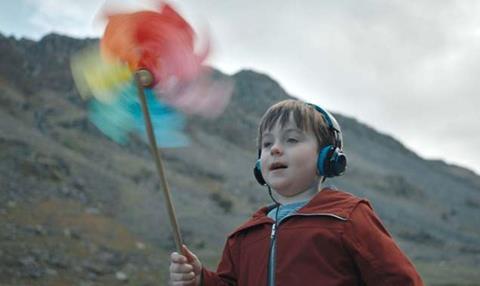 “The whole thing feels slightly underpowered so far – but there are nevertheless some fine moments. All the pieces are now in play and it will be worth tuning in next week to see how this rotten game we call life unfolds.”
Lucy Mangan, The Guardian

“The A Word will no doubt resonate with parents across the country trying to do the best for their children, while struggling to juggle work with various family crises. The soundtrack is a good’un and the scenes of Cumbria are beautiful. If only the script had fewer clunky sex scenes and more told from Joe’s perspective.”
Daisy Wyatt, The Independent

“Director Peter Cattaneo made a potentially gloomy domestic drama as thrilling as if the van drivers who picked Joe up at the beginning had abducted him — which, let’s face it, is usually how dramas start.”
Andrew Billen, The Times

“Max Vento, the child actor who plays Joe, was simply superb. He mimicked autistic behaviour perfectly — often with a twinkle in his eye, but there’s nothing wrong with that. Autism doesn’t have to stop a boy from having fun. And Christopher Ecclestone was excellent as Joe’s grandfather.”
Christopher Stevens, Daily Mail

“Much of the footage will play into the hands of Brexit campaigners, but Kemp did well to present many sides of this increasingly complex issue. Ross Kemp’s Britain succeeded as a hard-hitting documentary that also handled the subject matter sensitively.”
Daisy Wyatt, The Independent

“Because the film relied so heavily on one brave dissident’s amateur footage and because its own undercover crew was quickly rumbled and fled, the documentary felt unpolished. It veered off at the end into Michael Moore territory and half-accusations of the present Saudi king’s peripheral-if-proven involvement in 9/11. A good effort, nonetheless.”
Andrew Billen, The Times