“The Apprentice remains the most grimly watchable schadenfreude in the land. Long may it stand firm.” 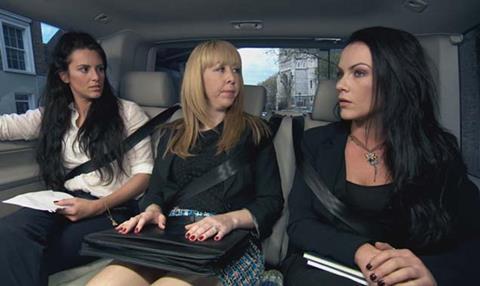 “The cream of the UK’s entrepreneurial crop? Not a bit of it, but The Apprentice remains the most grimly watchable schadenfreude in the land. Long may it stand firm.”
Chris Bennion, The Times

“The Apprentice is all about the calibre – or otherwise – of the candidates. And this latest batch, competing once again to become Sugar’s business partner, is bubbling over with puffed-up prats in shiny suits and bad shoes. It was, as ever, a sadistic joy to see these self-proclaimed success stories flounder so humiliatingly.”
Rupert Hawksley, The Telegraph

“I know it still does very well, because it is still undeniably entertaining, but that doesn’t mean it’s still interesting. Oh, and the task. Bargain Hunt, basically. Here’s some stuff, sell it, you win, don’t sell it, you’re fired. Same old.”
Sam Wollaston, The Guardian

“So it’s the same old tut, as Lord Sugar might say, and I still like it. Especially the bit where they choose the team names.”
Alice Jones, The i

“The questions weren’t necessarily blunter or ruder than anyone else’s. It was more of a look at some very different styles of bringing up kids, albeit with Anne occasionally making a face like a bulldog chewing a wasp. There are few pleasures so satisfying, of course, as picking apart the way other people parent.”
Matt Baylis, Daily Express

“Anne lost a custody battle over her own daughter, Emma, due to her alcoholism. They – Anne and Emma, who also features – are now nice together, and seem close. That – for a blundering, clueless parent like me – is encouraging, that it doesn’t really seem to matter how you go about it.”
Sam Wollaston, The Guardian

“The story was fascinating in itself, but the real appeal came from Nicolas Parsons. Ageism is an accusation often thrown at the world of TV, with good reason, but here was an argument for experience over youth.”
Chris Bennion, The Times

“Few documentaries have such a perfect fit between presenter and subject. The actor and broadcaster unravelled a dazzling tale of greed, devotion, beauty and genius, all locked up in a tiny gold watch.”
Matt Baylis, Daily Express