“Lord Sugar’s search for a business partner has begun, and it looks like it could be a return to form.” Read on for the verdict on last night’s TV. 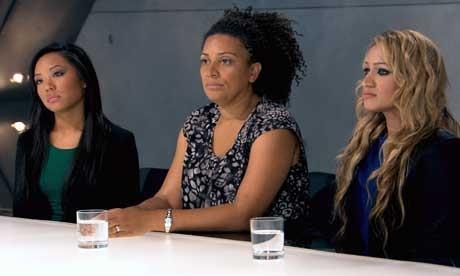 “Last year’s contest was no classic and ratings fell. This run looks more promising. The glamour factor has certainly been raised. Huge hair, nude high heels and glossy pouts were de rigueur for the girls… The boys were slick, coiffed and sharp-suited… Lord Sugar’s search for a business partner has begun, and it looks like it could be a return to form.”
Michael Hogan, The Telegraph

“When the casting is right, as it looks as if it may be this season, judging by the opening episode, The Apprentice provides some of the best comedy on TV, a 12-week banana skin for pomposity. Before last night’s first assignment, the blokes sharp suites bulged with testosterone and ego. To see them hours later on their knees quite unnecessarily packing batteries into lucky cat ornaments was wonderful.”
Andrew Billen, The Times

“There’s life in the old formula yet. It may no longer quite be essential television, but it is still fabulous.”
Sam Wollaston, The Guardian

“It was very much business as usual at The Apprentice, a global franchise that probably has no option but to stick to its winning formula. Nick Hewer certainly had no intention of changing his repertoire of grimaces and scowls, while the boys and girls still have that odd, chin-height way of talking into their mobiles. More worryingly for the long-term prospects of the show is that the contestants are beginning to be indistinguishable from earlier series, and frankly I give the whole thing two more years.”
Gerard Gilbert, The Independent

“Graham and Lecter danced around each other with near-flirtatious dialogue, the line between hero and villain blurring intriguingly… This was classy, creepy, handsomely shot horror. There were gallons of blood but little graphic violence, so it didn’t feel too ghoulish.”
Michael Hogan, The Telegraph

“The problem with Hannibal isn’t the concept, as fans of the film series would eat up any Lecter-based yarn. Nor is it the cast… It’s not even the annoying, over-stylised direction during Graham’s re-enactments of the murders. It’s that despite having an initial six episodes to exposit the heck out of its leads, we’re dumped immediately in the procedural format, with one non-Lecter baddie for episode one paired with the slow-drip discovery of Hannibal’s unconventional diet… If the success of The Killing, Broadchurch et al has taught us anything, it’s that viewers are quite happy not to have a mystery solved every 42 minutes.”
Will Dean, The Independent

“Portas got up some stalls selling the youngsters the latest word in Guatemalan street snacks and persuaded a junk shop to sell stuffed animals (a mainstay of every trendy east Londoner’s interior) at vast prices, and lo, there was activity where once there had been none. Was this good? I haven’t a clue.”
Matt Baylis, Daily Express