TV Critics: The Ascent of Woman; Kolkata With Sue Perkins

“If knowledge is the ultimate power, then this relentlessly illuminating examination of the past and its legacy could not be more timely.” 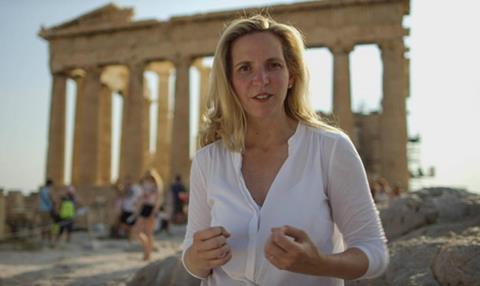 The Ascent of Woman, BBC2

“Amanda Foreman has the clear delivery and scholarly mind of one of those people who could lose themselves for days in the British Museum without once looking for the mummified cats. But I found her reasoning a bit flaky.”
Zoe Williams, The Guardian

“With few exceptions, this was depressing, oppressing stuff. Left unsaid was the sickening repetition of history by extremists on some of the same lands today. But if knowledge is the ultimate power, then her relentlessly illuminating examination of that past and its legacy could not be more timely.”
Simon Usborne, The Independent

“The first part of this new history of women was never strident. Yet the programme’s lack of assertion was a kind of boldness in itself. As Foreman is unlikely to say, The Ascent of Woman is ballsy.”
Andrew Billen, The Times

“Foreman often fell into the trap of telling rather than showing. Too frequently the viewer was subjected to dry presentations of dusty digs in far-off climes and consequently she failed to bring those women erased from history back to life. There are going to be few disinterested minds changed by The Ascent of Woman, and that’s a shame.”
Alice Vincent, The Telegraph

“The brilliantly interesting The Ascent Of Woman took as its eminently reasonable thesis the fact that although women have always comprised half the human race we don’t seem to have featured very prevalently in the history of mankind. I’m not sure she ever really answered the question of why this is. No matter. It bought plenty of interesting facts to light.”
Virginia Blackburn, Daily Express

“Perkins made clay tea cups, chatted to street kids, hung out with Ferrari owners and dredged a sewer by night as part of her character study of the former Calcutta. The celebrity travelogue market is as crowded as an Indian metropolis, but, in the nicest possible sense, I’d like to see Perkins get out of Britain more often.”
Simon Usborne, The Independent

“Sometimes this felt like a socially minded documentary and Perkins’s exploration of the charities that help Kolkata’s street children was effective. But at other times she seemed unaware of the world around her. In failing to appreciate some of the dilemmas that now face modern India, I was never wholly convinced by her argument.”
Alice Vincent, The Telegraph

“Sue isn’t one to let logic or facts get in the way of her Leftie, patronising, middle-class pity for the poor. It was like going on a city break with Jeremy Corbyn. Sue redeemed herself, though, whenever she met children. They adored her instantly, and it was plain to see how much she loved them.”
Christopher Stevens, Daily Mail

“When the BBC decides that some performer or another is a favourite you can expect to see that performer every time you turn on the TV. At the moment its Sue Perkins. At least the title gave the alert viewer a chance to switch off.”
Virginia Blackburn, Daily Express