“Call me soft, but The Audience reaffirmed my belief in humanity. Come on, it’s Christmas.” Read on for the verdict on last night’s TV. 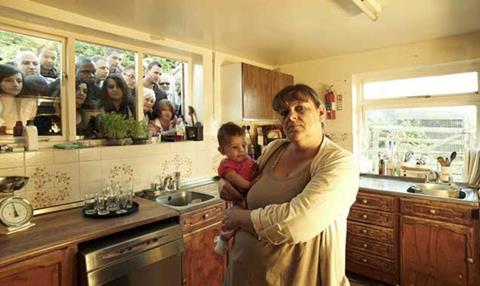 “The audience left without a hint of sentimentalism. They simply walked away, leaving the family in dumbfounded silence. Call me soft, but The Audience reaffirmed my belief in humanity. Come on, it’s Christmas.”
Jake Wallis Simons, The Telegraph

“Its real power, however, is not logical; it is that each episode is extremely emotional. Last night’s episode, the of  second series two, was remarkable.”
Andrew Billen, The Times

“This was a title that, for once, didn’t break the trade descriptions act because Wallace did have secrets. Plenty of them. The first was that the supermarkets are the pure embodiment of altruism, whose only purpose is to supply even the humblest customers with whatever they want, when they want it. Silly, silly me. I’d always thought that the supermarkets’ prime goal was to flog us as much stuff as they can.”
John Crace, The Guardian

“And yet… and yet… even without Gregg-level enthusiasm for forklift trucks, there was an undeniable nerdy satisfaction to be had in learning facts about everyday commercial processes.”
Ellen E Jones, The Independent

“Unless done with the pretensions of a Capote, true crime is not a celebrated genre, but Miles Blayden-Ryall’s film was good of its type and treated the grief of Longley’s parents with respect.”
Andrew Billen, The Times