“I kicked myself for not having seen this brilliant, tender, decent-hearted film months ago.” Read on for the verdict on last night’s TV. 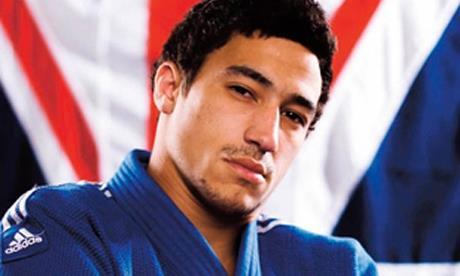 “I kicked myself for not having seen this brilliant, tender, decent-hearted film months ago and then bid for tickets to see Ashley weaving his magic on the mat.”
Matt Baylis, Daily Express

“The Bad Boy Olympian was a study in how much it takes – over and above sheer, stupefying talent – to be an Olympic athlete.”
Lucy Mangan, The Guardian

“As real-life events began increasingly to mimic their supposedly fictional counterparts it seemed increasingly likely that the opening ceremony in London would begin and end with the two merging streams creating an event horizon and swallowing the entire thing.”
Lucy Mangan, The Guardian

“The series has ridden the razor’s edge between straight transcription and satirical exaggeration with near-perfect balance.”
Tom Sutcliffe, The Independent

“You could only hope that on seeing what a difference a sensitive, intelligent presenter could make to these things, documentary commissioners could stop compulsively reaching for the nearest, easiest or cheapest celeb-option to front their wares.”
Lucy Mangan, The Guardian

“The glimpse of lives in which the balance of power was reversed left you in no doubt that in the worst cases OCD is no laughing matter.”
Tom Sutcliffe, The Independent

“After encountering yet another young family attempting to live in a dangerous ruin because of a man’s renovating folly I realised this is something deep inside the male brain.”
Matt Baylis, Daily Express

“Did not this finale succumb to the clichés of police dramas whose dominance Mercurio had intended to challenge?”
Andrew Billen, The Times