TV Critics: The Betrayers; The White Widow; Caught On Camera 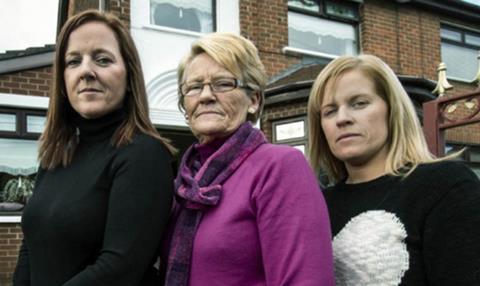 “This was a fairly straightforward, if shocking account of instances in which people were taken in by the stratagems of individuals who set out not only to steal their money but to humiliate and debase them as well”.
Gerard O’Donovan, The Telegraph

“North London daters, beware. That’s the message of this fascinating film (though fascinating in an unashamedly sensational, dentist’s-waiting-room-magazine kind of way)”.
Sam Wollaston, The Guardian

“These came across simply as harrowing stories, made all the more harrowing by seeing their subjects — the victims — relive them this rawly”.
Alex Hardy, The Times

“Some of the stories left you wondering why the conmen had chosen this path”.
Matt Balys, Daily Express

“Wishart produced – using extracts from seized diaries and interviews – an impressively clear portrait of an enigmatic personality while also revealing just how far Lewthwaite’s reputation outstrips the evidence for it”.
Gerard O’Donovan, The Telegraph

“Even if you’ve encountered it before, to hear the whole tale recounted, as it was in The White Widow: Searching for Samantha, one can be left agog all over again”.
Will Dean, The Independent

“What was certain was that this was a chillingly apposite and vivid documentary”.
Alex Hardy, The Times

“This one-hour documentary, culled from months of footage, demonstrated the ingrained racism in the city’s police department, and suggested strongly that evidence had been planted by corrupt officers to implicate Simpson — in particular, a bloody glove”.
Christopher Stevens, Daily Mail