TV Critics: The Billion Pound Base; Remember Me

“This was a subtly powerful and intensely depressing film about the end of things and the limits of power.” 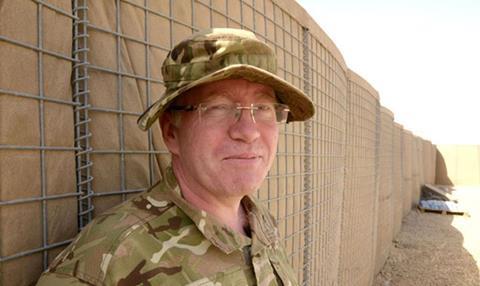 “This was a subtly powerful and intensely depressing film about the end of things and the limits of power. The Afghan army, trained by us, took over the Bastion watchtowers but had no radios. They were planning to wave instead.”
Jasper Rees, The Telegraph

“The documentary’s most amusing and unnerving scenes came during the Afghan delegation tour, as Lt Col Laurence Quinn pointed out what would leave before the handover, and what would remain behind. There’d be no radars or radios, but they would be leaving behind the VIP block as a token of goodwill, replete with some culturally insensitive prayer mats.”
Ellen E Jones, The Independent

“You think of the moaning Afghan colonel, and the missing infrastructure, the lack of radar, and the ill-equipped Afghan soldiers taking over in the control towers, without even radios, communicating with the next tower by waving(!). Suddenly a light-hearted packing-up-and-moving-house documentary is asking more serious questions.”
Sam Wollaston, The Guardian

“We learned next to nothing about Army operations in Helmand as the deadline for withdrawal loomed — but everything about how to clean out the fixtures and fittings before handing a property over to the new owner. We were bombarded with factoids. But there was no analysis of how much this colossal operation had achieved.”
Christopher Stevens, Daily Mail

“Technically, the whole thing was a masterclass in logistics and man-management. Emotionally, it was impossible to ignore what the breaking up of Bastion meant.”
Matt Baylis, Daily Express

“Full marks for the spooky soundtrack, the creepy washed-out wintry light, the scary shocks in the edit, and above all for Jodie Comer wailing and weeping as Hannah, the haunted young heroine. There was just something in the grain of Gwyneth Hughes’s script that ran counter to everyone else’s efforts to scare the bejesus out of you. In the end it was why Remember Me was made in the first place that was the chief mystery.”
Jasper Rees, The Telegraph

“Gwyneth Hughes’s ghost story Remember Me, which ended last night, was, if you will excuse the wordplay, dead clever. But Ashley Pearce’s leisurely direction gave us so much time to consider the plot’s non-sequiturs that by the end it had ceased to be scary at all. It should have been a chillsome 90 minutes on Boxing Day.”
Andrew Billen, The Times

“As the assorted bewildering events and visions coagulated into a story that made sense, I fear we were left with something less than the sum of our hopes. Like an episode of Scooby-Doo, the explanation made a poor second to the scary bits.”
Matt Baylis, Daily Express