“Corbin attempted balance but was thwarted by lack of footage and sources. We were left having learnt pretty much nothing.” 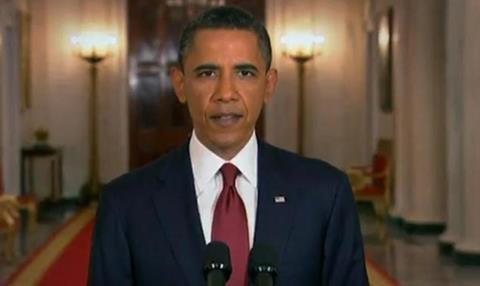 “The Bin Laden Conspiracy? proved to be an unimaginative primer of that debate rather than any cat-among-the-pigeons stuff. Presenter Jane Corbin, a BBC stalwart and al-Qaeda specialist, attempted balance but was thwarted by lack of footage and sources. We were left having learnt pretty much nothing.”
Sally Newall, The Independent

“With very little in the way of evidence, besides the testimony of opposing parties, viewers were left with little to judge apart from the veracity, motives and temperament of the talking heads offered up. Throughout the film, Corbin gamely tried to verify certain aspects of one story or the other, but it was hard to trust anyone who had a reason to speak.”
Tim Dowling, The Guardian

“Hersh could not reveal his source. That left Corbin’s main source, the former deputy CIA director Michael Morell, to speculate that Hersh was a Pakistani stooge out to reduce the shame of the administration’s incompetence. The ‘truth’ is that neither theory – that the Pakistanis knew where bin Laden was or that they did not – is particularly easy to swallow.”
Andrew Billen, The Times

“Intriguing as all this was, in the end what we were left with was the usual muddle of expert opinion, the usual stalemate of theory and countertheory. And more than anything else a tangible sense that in realms as murky and dangerous as these, the whole truth will probably never come out.”
Gerard O’Donovan, The Telegraph

“I was suspicious of Long Lost Family when it began four years ago, disliking particularly the artifice of its presenters hanging back when the long-losts finally met, while letting the cameras and mikes record every tear. Now in its fifth series, it has, I concede, proved a classic format and the most reliable jerker of tears in all TV history.”
Andrew Billen, The Times

“Davina McCall and Nicky Campbell have a superb format, which they nudge and tweak to produce fresh stories. At its best, Long Lost Family seems almost to have the power to catch people’s dreams in a net and display them to us.”
Christopher Stevens, Daily Mail

“I hope that the reunions effected on Long Lost Family lead to lasting, positive relationships and personal change. What the programme seems to achieve, on screen, is mainly a great deal of crying.”
Matt Baylis, Daily Express

“It’s a shockingly bad show. The acting, the dialogue, the cliches, they all reek. The Beeb is doing this on purpose. They’re gambling that all the mediocre, nothing special shows they have planned between now and 2016 will look fabulous by comparison.”
Christopher Stevens, Daily Mail