“The Bridge II looks a greater achievement not only than The Bridge I but The Killing and Borgen.” Read on for the verdict on last night’s TV. 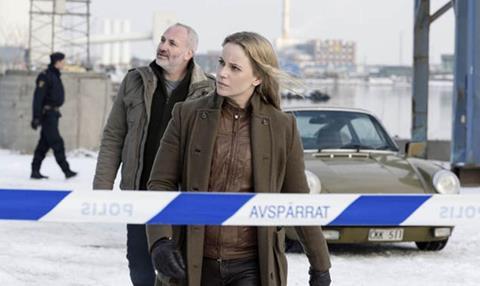 “How we shall miss our weekend minibreaks to a winter worse than our own. I am still a little giddy from the ending, but from this vantage point, The Bridge II looks a greater achievement not only than The Bridge I but The Killing and Borgen also.”
Andrew Billen, The Times

“Bodies in vats of acid, poisoned apples, sinister pig men feeding people hallucinogens … I loved The Killing, but I’d still rather watch The Bridge than 20 episodes relentlessly dissecting the minutiae of grief.”
Rebecca Nicholson, The Guardian

“It featured eco-terrorists in animal masks, poisoned apples and, ultimately, a human dirty bomb with exquisite cheekbones and a killer cough. That this was all as easy to swallow on screen as it is to mock on paper is testament to the skill with which the cast bring their characters to life, and the cool, controlled cinematography that lends every scene the sheen of authenticity.”
Benjamin Secher, Daily Telegraph

“A series’ story arc involving eco-terrorism, incestuous voyeurism and a bludgeoned gigolo is one thing, but to truly unsettle, you must jeopardise that very element which provides most comfort for viewers. In The Bridge this has always been the relationship between Danish detective Martin Rohde and his Swedish counterpart Saga Norén. This finale tested that relationship to its limit.”
Ellen E Jones, The Independent

“An hour in Hugh Fearnley-Whittingstall’s company is an hour well spent, but it is a shame this show doesn’t seem to have worked out whether it’s an aspirational travel show or an in-depth cultural study. It’s not quite alluring enough for the former and not quite perceptive enough for the latter.”
Ellen E Jones, The Independent

“It seems obligatory to say that this was a bit of a smorgasbord of a programme: a bit of this, a bit of that, all quite tasty, with the odd rotten herring. Wisely Fearnley-Whittingstall didn’t present this as anything other than a look at a different place by someone with a pleasant manner and an enquiring mind.”
Matt Baylis, Daily Express

“Peter Gordon’s observational film about people living on the breadline in the north of England was the antithesis of the Channel 4 hit Benefits Street. In These Four Walls, poverty looked more like a trap that anyone might fall into, but few can escape. This was a sober, affecting attempt to represent, without stereotype, a sector of the community whose voices are rarely heard.”
Benjamin Secher, Daily Telegraph