TV Critics: The Cruel Cut; Ambassadors; One Born: What Happened Next?

“A very brave, searching and necessary piece of television.” Read on for the verdict on last night’s TV. 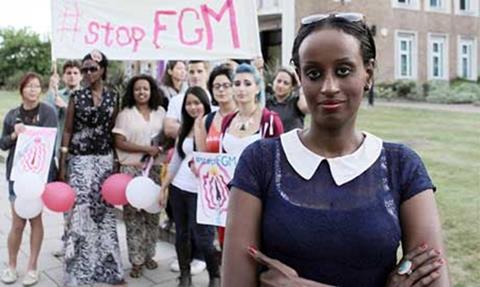 “There were few moments in Leyla Hussein’s unflinching film when the topic [female genital mutilation] wasn’t apparent… It wasn’t subtle, and neither was Hussein’s pink pop-up vagina tent on the South Bank… The Cruel Cut was harrowing from start to finish, but Hussein’s crusading sense of purpose never flagged.”
Ellen E Jones, The Independent

“Leyla Hussein’s authenticity, passion, experience, charisma all combined to get this issue off the bottom rung of the doctor’s-surgery leaflets and into one’s psyche as the horror show that it is. It is a lastingly powerful piece of work.”
Zoe Williams, The Guardian

“The Cruel Cut was for the most part a very brave, searching and necessary piece of television. It also didn’t try to pretend that the practice, common in communities with East African roots, was anything other than savage, life-limiting mutilation of young girls.”
Matt Baylis, Daily Express

“Ambassadors may be overlooked come awards time for being gentle satire when the preference is for cutting. Yet only the fact that last week’s episode was even funnier prevents me awarding it a fifth star… This series is a true gem.”
Andrew Billen, The Times

“The finale of Ambassadors last night had everything you might want from an ending: a revving up of the pace, secrets coming to light and a general sense that it might all just fall apart quite horribly… Distinguished Service Orders to all concerned, please, and, yes, another series.”
Matt Baylis, Daily Express

“The plot lurched between the silly and the semi-serious… Ambassadors fell into that old trap of not being funny enough to qualify as a comedy nor dramatic enough to succeed as a drama. Even worse, the failure of the comedy only served to further undermine the faltering drama and vice versa.”
Andrew Pettie, The Telegraph

One Born: What Happened Next?, More 4

“The poor narrator was delivered of observations so banal that, if you could see his face, I think he would probably be crying… It’s like a flashback episode of Friends, all old gags and nothing knitting it together.”
Zoe Williams, The Guardian

“When you’ve witnessed the birth of someone’s child, you can’t help but think of them as an old friend so this spin-off series felt like a long overdue chance for a catch-up.”
Ellen E Jones, The Independent