“Rattling good viewing, with strong characters and an absorbing period atmosphere.” Read on for the verdict on last night’s TV. 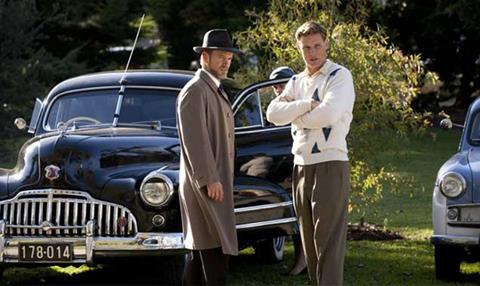 “The Doctor Blake Mysteries is rattling good viewing, with strong characters and an absorbing period atmosphere. If you like Doc Martin, you’ll enjoy this series — and if you love Call The Midwife, you might well like this, too.”
Christopher Stevens, Daily Mail

“It’s something like Heartbeat would be, if you replaced its jaunty pop soundtrack with a dark soul of shell shock, alcoholism and modern art… There’s a lot of promise here for what will unpeel over the next nine parts.”
Alex Hardy, The Times

“What a great story this unfolded: hidden gold, wartime secrets and treasure hunting. Someone summon a Hollywood producer. There’s got to be a blockbuster to be made out of this.”
Virginia Blackburn, Daily Express

“Everything about the plan was straight out of a boy’s own storybook — the wartime legend, the tough nuts like underwater pirates in their diving gear, the gun barrels looming out of the murky depth… But Monty never quite convinced us the treasure was there to be found.”
Christopher Stevens, Daily Mail

“Sounds a bit dull? An hour-long documentary on Bristol parking, and congestion, and CCTV cameras? Not a bit of it. It’s important for one, not just in Bristol, but everywhere… There are good characters too. Plus, it is one of those things that really gets people wound up.”
Sam Wollaston, The Guardian

“In a storyline about illegal homosexuality, the characters used so many slang terms for man-love it was like the scriptwriters were compiling a list of words for schoolkids to snigger over, rather than a sensitive storyline about forbidden affections.”
Alex Hardy, The Times