“Even more implausible than last week’s opener, yet still compelling enough to grip.” Read on for the verdict on last night’s TV. 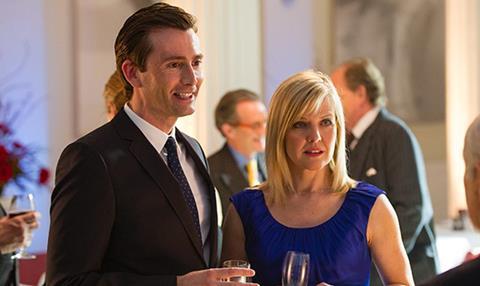 “‘Next time …’ revealed the trailer which ran before the credits, we will see the trial fall apart, Okonedo cowering in terror at the mercy of a stalker, and the killer lunging at Tennant out of the darkness. That’s like a preview of Match Of The Day revealing the final scores and throwing in the best goals.”
Christopher Stevens, Daily Mail

“The second episode managed to be even more implausible than last week’s opener, yet still compelling enough to grip all the way though.”
Gerard O’Donovan, The Telegraph

“David Wolstencroft’s script elicits a self-regarding performance from David Tenant as widowed Will and, very unusually, nothing at all from [Sophie] Okonedo.”
Andrew Billen, The Times

“Its much-trumpeted documentary, turned out to be a shallow look at a single educational technique — used in only one state school in Britain.”
Christopher Stevens, Daily Mail

“Its pitiable stories of lost boys demanded that the viewer reach hard philosophical and moral conclusions.”
Andrew Billen, The Times

“However many times I watched this programme, I’d still be unable to say whether the modern version of ABA (Applied Behaviour Analysis), as practised by Treetops, is right or wrong.”
Matt Baylis, Daily Express

“Simply to hear fine art debated enthusiastically by knowledgeable people was a treat, and even more so, given this is a format that might appeal to an audience wider than the usual BBC4 crowd.”
Ellen E Jones, The Independent

“I love Castle for the sheer neatness of the concept. A blocked mystery writer starts shadowing the NYPD murder squad for inspiration, then ends up helping out when a killer copies the plots from his novels.”
Matt Baylis, Daily Express