“I’d challenge anyone to not utter a silent ‘wow’” 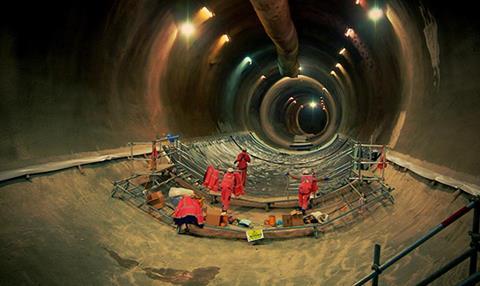 “This was a film about engineering at its most complex but the quite staggering technological effort and enormous scale of the job – plus a smattering of great characters – made for compelling viewing.”
Gerard O’Donovan, The Telegraph

“Until yesterday, I was more likely to connect the word ‘breakthrough’ with breast cancer than with tunnelling. Part two of The Fifteen Billion Pound Railway, an awesome documentary series about the building of London’s Crossrail, restored the word’s graphic force.”
Andrew Billen, The Times

“If you live in London, it ought to be difficult not to find TFBPR interesting. This is going on below your feet. But, if you’re one of the majority of Britons who don’t, then any interest is possibly tempered by watching billions of taxpayers’ pounds being spent on the capital.”
Will Dean, The Independent

“I’d challenge anyone to watch the moment tunnel diggers on the mighty London Crossrail project ‘broke through’ under the Thames and not utter a silent ‘wow’.”
Matt Baylis, The Daily Express

“The narration by Steven Mackintosh was reverent to a point just before breathless. And no percussion was left unpercussed in trying to convey just how daring and exciting it was to be conducting these experiments. But it’s easy to forgive. How often do these people get to leave their labs for a dirigible in the sky?”
Bim Adewunmi, The Guardian

“A gang of young, bright, reasonably toothsome British scientists climbing into an airship and sailing off across the vast blue yonder to do wacky things like weighing clouds and skydiving in the name of science. You’d expect it to arouse interest. Or perhaps not.”
Gerard O’Donovan, The Telegraph

“This was telly from a long-gone era. The scientists were catching insects and displaying them on pins in mahogany cases. It looked like an exhibit from the vaults of the British Museum.”
Christopher Stevens, The Daily Mail

“Matt Morgan’s sitcom The Mimic, now in episode two of series two, hopes to find the poetry in indolence. The Mimic is worse than unfunny; it is depressing.”
Andrew Billen, The Times